Shit cars that one day we'll all want: Vol 1 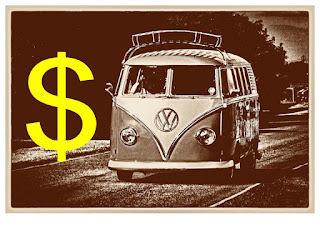 The Volkswagen Kombi, the Volkswagen Beetle, the Ford Escort and the Holden Gemini. These are just a mere few of the cars from our motoring past which were once so common people couldn't give them away. However nowadays they command such ludicrous prices it borders on insanity. As to the reason why? It certainly isn't because they were good cars. The Vdubs asthmatic aircooled lumps couldn't peel the skin of a bowl of custard, the Ford rusted in places no one ever thought possible and the Gemini TE looked dated the second it left the showroom floor.

The reason of course is our fickle sentimentality that screams out for us to relive a misspent youth. Or in the case of the VW's a culture dictating that owning these cars makes you cooler than the most overtly bearded hipsters out there. And of course bulging bank accounts of that one time youth help too, willing to pay whatever for a memory. Now don't chastise me for these comments, I too would own many a shit box from my teens; bloated sorry excuse for a GTI that was the MK4 Golf anyone? Pick me! This nostalgia got me to thinking though, what recent cars, that we currently view as awful throw away items will we one day throw piles of money at to own? Here are 4 to get you thinking.

Hard to comprehend that one day the droopy frog faced excuse of the big Aussie sedan might one day be collectable isn't it? But I bet your parents or grandparents thought the same of 1969's XW generation and try finding a decent one of them for under $20k now. Just today I spotted a dozen AU's and only one was mint, the others resembled rolling ash trays with the occasional miss matched chromey and sun burnt paint. Give it 10 more years and all the AU's you can buy for loose change will be gone, it definitely isn't the prettiest Falcon but is it worth playing the long game and buying one now? Time will tell.

Nope, I've not lost my mind, I really do wonder if the Koreans first big hit might be a future classic. Could it be Hyundai's Beetle? With woeful build quality and interior plastics similar in feel to those tubs you buy mushrooms in from the supermarket the Excel really wasn't that great, however generous standard equipment and a bargain basement price when new saw some 200,000 sold Down Under. So not surprisingly, Excels are everywhere providing cheap mobility to at least 2 generations of P plater's and budget conscious motorists from Broome to Byron Bay. I'd bet their attrition rate is probably at an all time high right now. Much like the Beetle does now for the middle age generation will we one day long for a mint Excel GX 3 door that reminds us of times gone by?

The rebadged Korean Chevy is similar in many ways to the Excel above, it's popularity can be largely put down to it's heavily discounted price when new, rather than it's actual abilities as a car. Deeply flawed when compared to European designed rivals like the Golf, Focus, 308 and even Holden's own Astra I cant help but feel the Cruze's of this world will drop and drop in price and numbers until there are very few left. If you've recently bought one of the last production run, keep it for a few decades and you might have an oddball collectors item on your hands. 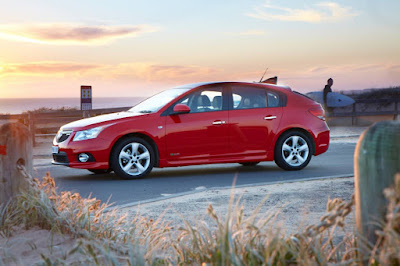 Blander than Tofu dunked in soy milk the 323 was thoroughly surpassed in all areas by its Mazda 3 successor in 2003. Does that mean they will disappear into the "also ran" category of our motoring history? I have a feeling that they might. Which is a shame given the SP20 variant was a semi decent steer. We might not know it now but the Mazda 323 SP20 could be the Escort RS2000 of the 2000's. Best hold onto one just in case. 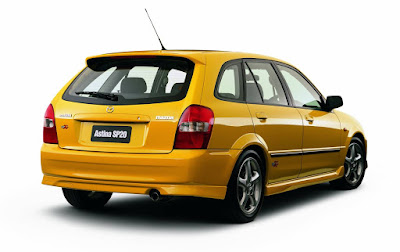 Yes this whole article has been wild speculation, so if you feel like adding your own cars to the list feel free. Lets all check back in 40 years and see if my predictions came true, in the meantime I suspect there are many more volumes in this series so I'll get to compiling another list.

photo credit
Posted by Bruce at 15:48