Sometimes chopping the roof of a car to make a convertible can have a horrible end result. The proportions get messed up and if the maker decides to fit a folding hard top said car is usually left with a massive derrière, take the Renault Megane CC for example. However, at other times a manufacturer nails it and my long overdue car of the week is my case in point, the Holden Astra Convertible.

The Mk4 Astra was a strong seller for GM the world over, taking the fight to the Ford Focus and VW Golf in the hatch back grudge match of the late 90's. But despite strong sales the Astra always looked a little plain Jane. Thankfully in 2001 GM fixed this by turning to Italian styling house Bertone and asking them to turn the bland Astra into a Coupe. What resulted was a handsomely proportioned, elegant two door Coupe and fabric roofed convertible variant. And between 2001 and 2006 Holden got a hold of that convertible. Now almost 10 years after production ceased Holden's Mk4 Astra cab makes a tempting proposition. Let me explain.

A thing of beauty, something I never thought I'd say about an Astra but after a day staring at them in for sale ads I really do think this car is a looker. That long tail adds a real elegance to the Astra's form and by electing for a fabric roof rather than a metal folding one the Astra's lines aren't ruined, roof up or down. On the right set of wheels the car sits really nicely too and I was always a fan of the Astra's front splitter for some reason. 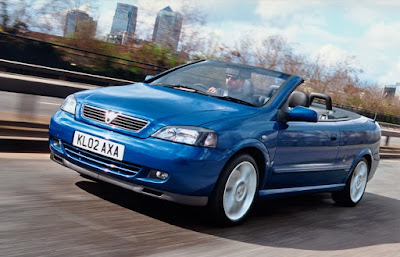 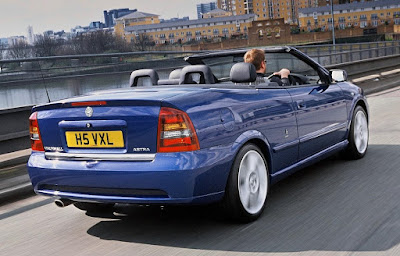 Being based on the hum drum Astra also has it's benefits, like the availability of cheap parts. There are literally thousands of Mk4 Holden Astra's out there so should something go wrong a part shouldn't be hard to come by nor expensive. In saying that though the big selling Holden proved to be pretty reliable in the first place so provided you buy right a well maintained cabriolet shouldn't need too much tinkering. Also the benefit of being a cab means original buyers might not have used them as hard as they would have a normal hatchback, more of a weekend cruiser than a daily commuter tool. So km's might be fewer and wear and tear less. 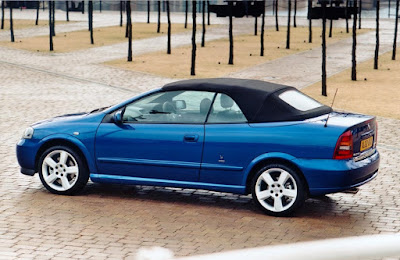 Turbo makes up for cheap interior

Two engines powered the Astra Convertible, a 2.2 litre four cylinder and a more powerful 2 litre turbo. The Turbo cars are rarer due to a smaller production run but worth looking for if you want something with a bit more overtaking potential. Naturally though, chopping the roof of a car doesn't do wonders for it's structural rigidity so although the Astra might be fine in a straight line round corners expect scuttle shake and more than a fair bit of flex. A cheap interior lets the Astra down too, a boring layout and hard plastics painted silver are the order of the day, while the option of red leather seats might not be to everyone's taste. My advice, get the roof off, look around, stick to a leisurely cruise and just enjoy the sensations of top down motoring. 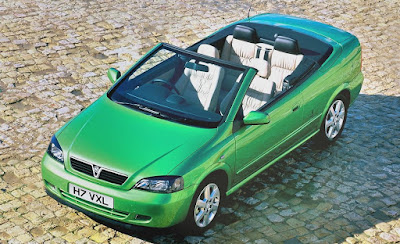 I have found a Turbo Astra, quite hard given there are only 9 listed on Carsales! This one comes from a dealer and has very low km's give it's age. Not a great description and it does have the polarising red leather interior, however for the price it might be worth a look if you want a cheap reliable convertible for summer. 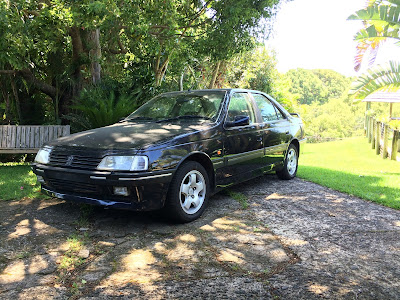 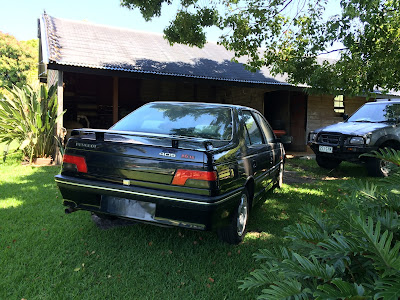 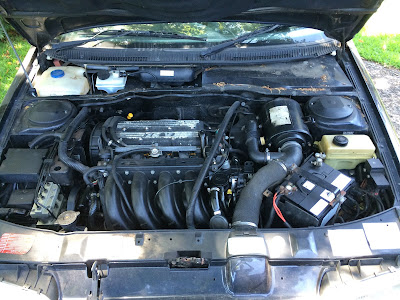 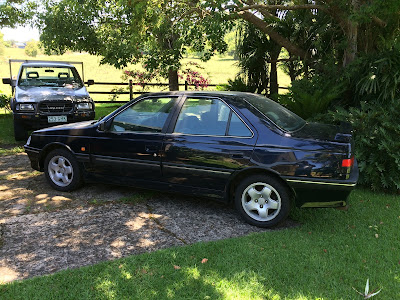 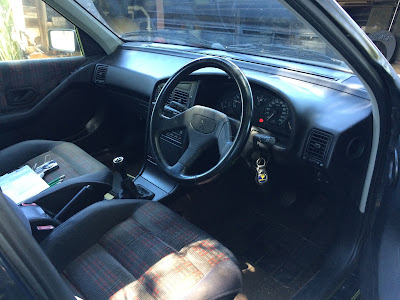 The whole project will be documented right here and also on my shiny new YouTube channel, should you be interested in hearing me prattle on. So as well as keeping the blog a little more updated with regular content, check back for project Mi16 updates.
Posted by Bruce at 19:25 No comments: