Car of the Week: Triumph TR7

What looks like a block of cheese, helped launch the career of Joanna Lumley and been the butt of so many motoring jokes there's quite frankly no point repeating them? You guessed it, this weeks car is, the uber 70's triumph TR7. 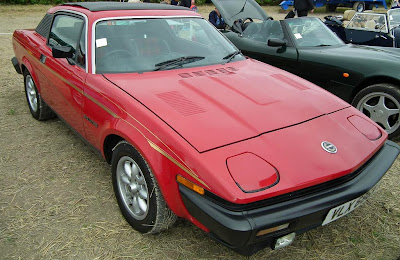 Two steps forward, one step back

Launched in 1975 the TR7 was British Leyland’s attempt to take the Triumph range into the future, unfortunately though the wedgy TR7 just didn't have the chiselled good looks of its predecessor the TR6. This combined with the usual woeful BL build quality didn’t do the car any favours and I will admit that for years, the TR7 has never really appealed to me, much like it didn't to the 1970's public. However maybe it’s patriotism again or maybe I just fancy a piece of cheese. Whatever the reason Triumph’s TR7 has grown on me since I’ve been in Australia, and given you can get one for under $5000 it might just grow on you too. 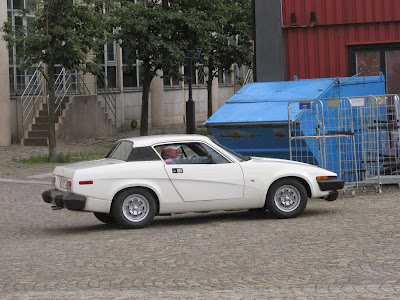 The TR7 is really quite a simple sports car recipe, take a drivetrain that works, namely a Dolomite engine and rear drive set up then clad it in a sportier 2 seat body. The result, a mechanically simple car that people will, theoretically, want to aspire to. Utilising the Dolomites 2 litre inline 4 though means the TR7 was no rocket ship, mustering only 67kw, 0-100km/h took 11 seconds and the car was out of puff at 173km/h. However it was light which at least made the TR7 rather fun to drive and thanks to its role in the BBC’s The New Avengers TV series, provided you wore flares and had a humongous perm, you were seen as rather cool if you owned one. 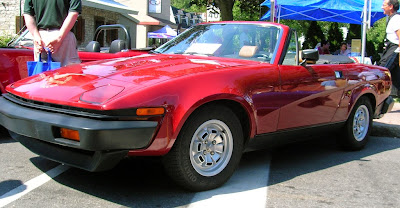 Visually though, the TR7 will always divide opinion, the wedge design, billed as “the shape of things to come” in reality never really took off and had fizzled out as a design idea by the 1990’s. And with beauty being in the eye of the beholder, there’s not much more I can say about the TR7. Maybe just take the time to study its form. And if nothing else it does have pop up headlights so surely that counts for something! 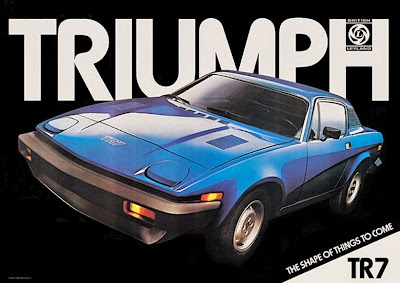 Now I’ve mentioned that mechanically TR7’s were rather simple and this is true but as the youngest are now approaching 35 years old there is a clause attached to that statement. Things will have worn out by now and although some initial manufacturing gremlins might have been sorted many more will have appeared in the intervening years, so don’t say I didn’t warn you. For my $5000 budget the car you’ll get is likely to be in need of some work, but it should at least run and if you are prepared to spend another 2 to 3k getting it pristine a profit of a similar amount could be achievable. Of course I’m not advocating you sell it for a quick profit, no the TR7 is an unloved classic that deserves to be driven and given the appreciation it has long been lacking. And as always when I feature a classic its important to know there are people in Australia who can help keep your car going, like the Triumph owners club.

Go and get yourself one

This weeks pick does require some work, but it does represent a very cheap way into classic European motoring. Dry stored for over 10 years the seller states this is a rust free running example. Recently serviced it would appear the work to get this roadworthy has already begun. Rubbers and other perishables might still need replacing though and it could probably do with a respray. Km's are low for its age though and you cant really complain about the price.