What ever happened to 90's coupes: Toyota Supra

The Fast and Furious franchise has made stars of many cars, but perhaps none more so than a certain orange one driven in that first film, Toyota's top of the range 90's coupe, the Supra. Now of course if we get technical, a Supra badge has been glued to the boot of a Toyota since the late 70's, but back then it was merely a stretched Celica and although a bespoke Supra appeared in 1986 the curvy bewinged beast we all recognise didn't arrive until 1993. 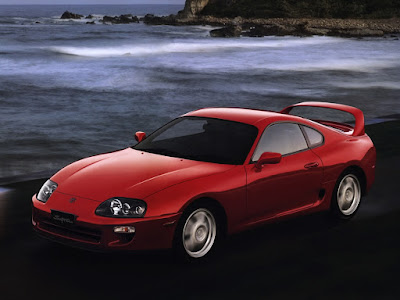 From Zero to Hero

Sudden movie stardom for the Supra was a double edged sword though. A car that for a long time was only tuned by skinny Japanese men in cramped Tokyo workshops, suddenly had a cult following, thanks to Paul Walker everyone wanted one. This brought about an issue as in Australia at least Toyota hadn't bothered to sell the Supra. Turns out in the 90's nobody outside of the Japan really wanted a twin turbo Japanese coupe. So in order to buy one importing became the thing to do and for a tuning obsessed generation Y the Supra and its Nissan sparring partner the Skyline became the turbo whooshing, neon light sporting version of a good old Ford vs Holden fight. But let's take a step back for minute and forget installing boost gauges and huge sub woofers and appreciate what is an increasingly rare Japanese sports car.


Whats under the bonnet?

Ok, the headlines, 3 litres, straight 6, 2 turbo's, rear wheel drive. A claimed 206kw and up to 451Nm of torque however many reports suggest Toyota undersold themselves a bit with power actually nearer the 240kw mark. You also got a bewildering array of specs ranging from SZ to RZ over the cars 9 years in production, with some variants getting traction control, limited slip diff, pioneering active aero, trick dampers and later benefiting from variable valve timing or VVTI in Toyota speak. Your choice with a Supra really is endless, heck they even made a non turbo version without the big spoiler, but why you'd want one of them is beyond me. 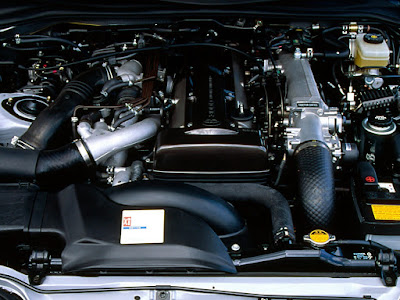 Other reasons why I want to celebrate the standard Supra are an appreciation for the exterior and interior. While its Skyline rival went for a macho boxy look, the smooth surfaces of the Supra are hard to resist. That swooping roof line and iconic tail lights made the Supra look good straight out of the box and are too often spoilt by body kits and massive adjustable wings. Then there is the interior, not usually a highlight of Japanese cars of this era, the Supra's is actually full of 90's charm, like a tape deck, crazy patterned seats and a stubby gear knob. Check out the centre console in the picture below it's angled towards the driver, like a fighter jets cockpit! There is nothing in there you need to change, it's suitably epic as is. Don't get me wrong, I appreciate tasteful modifications but I think sometimes we need to take a step back and see how nice cars can actually look when they are just left alone. 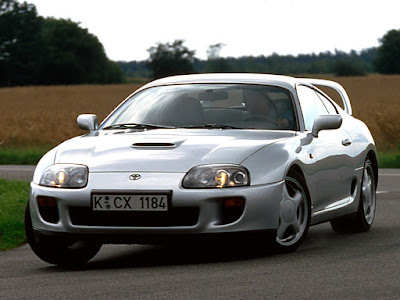 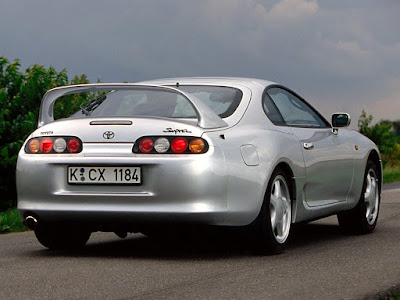 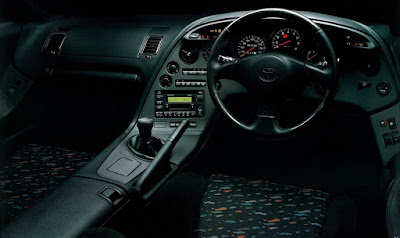 Toyota's A80 Supra is one of those cars made famous by being modified but sometimes it can all get a little 2 fast 2 furious (sorry that was an awful pun), But seriously the Supra is rarely appreciated for actually just being a good looking, suitably fast 90's coupe with an interior to make you feel like a total top gun hero. Standard cars are increasingly hard to come by and quickly gaining value, a brief search throws up only a handful with prices well over $20k. It is a future classic for sure and with rumours of a new one coming I hope Toyota can regain their mojo while at the same time bring the name back for another generation to enjoy. 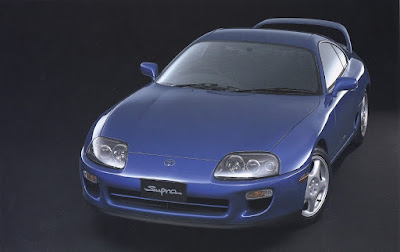