"I see you baby, shakin that ass". That's the song I remember from the advert when this weeks car was launched. And you know what Renault were right to point out their own rump because let's face it, the second generation Megane was all about that ass. However I'm here to focus in on one Megane in particular, one that represents blooming good value for money right now, the hotted up Megane 225 Sport. 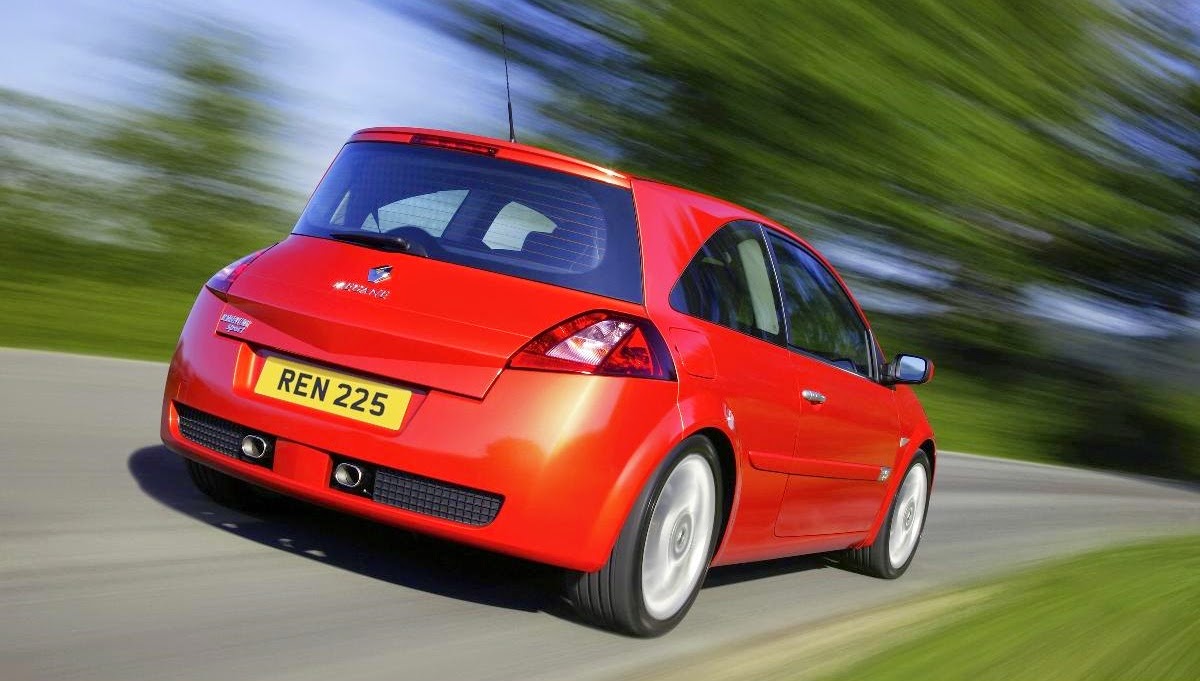 Let me start with the looks, they are divisive, there is no escaping that. You will either love or hate that bulbous butt, I for one though are in the love camp, it's just so French. Being distinctive, daring and ultimately stylish is the way French cars should be and the Megane epitomises this. To be honest I think the Megane that replaced this one is conservative and dull in comparison, Renault hit a sweet spot with this car that they haven't quite managed to recreate. Giving it the Sport treatment only adds to the visual delight, with the lowered ride height, big wheels, wider grills and aggressive bumpers the 225 looks superb. There was also a neat set of centre exit twin exhausts that set of that bum nicely. Colour choice, although very much down to personal tastes, was another thing which set the 225 apart. Bright reds, yellows and blues could be optioned, something which other hot hatches of the time failed to offer. I mean if you buy a hot hatch back you want the right to be lairy and shout about it! 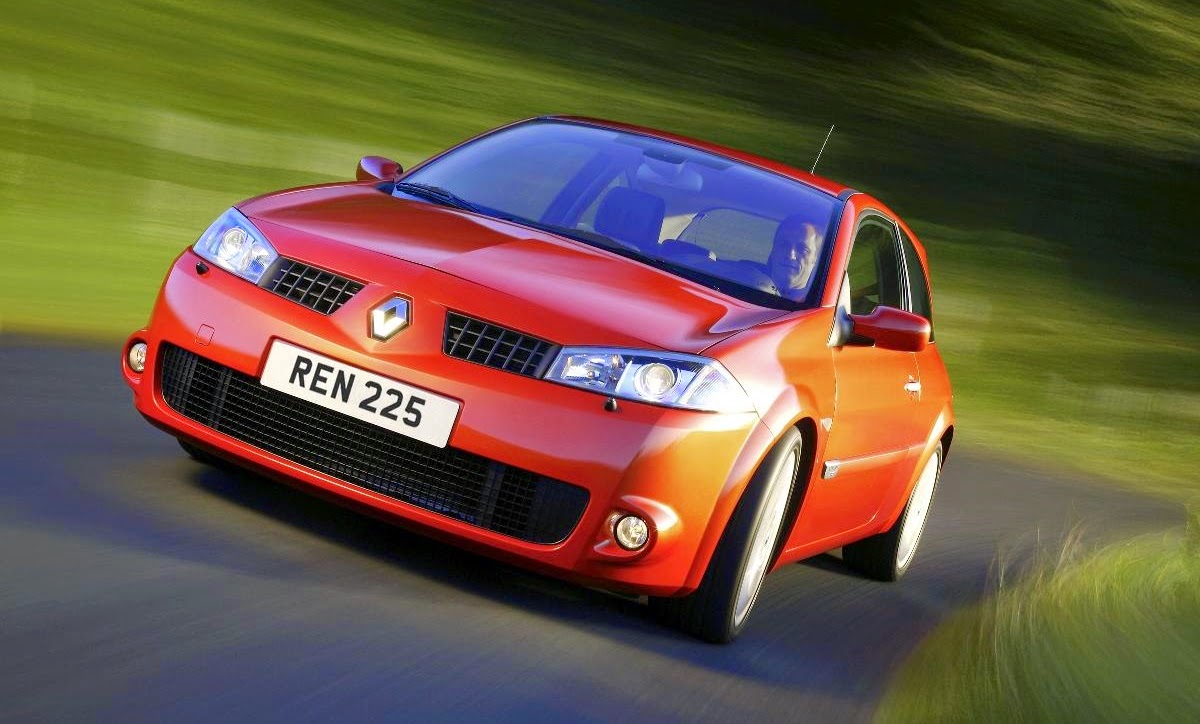 It wasn't all show and no go for the 225 Sport either, that 225 in the name denotes how many horse powers the car produces. In Australian that's 165kw, enough to easily take it to 100km/h in 6.5 and onto a 236km/h top end from a 2 litre turbo charged four, the engine is renowned for being a bit thirsty though so bear this in mind if the Megane's to be a daily driver. Handling is another one of the Megane's strong suits, the FWD chassis was tuned by the team at Renault Sport and features altered geometry and stiffer, lower springs. Match this to those big grippy 18 inch wheels and fat Brembo brakes and you have the makings of an excellent back road warrior. Although I should point out that some road tests at the time noted that it takes a while for the 225mm section tyres to get to temperature, so don't go flat out from the moment you turn the key or you might understeer into a ditch. 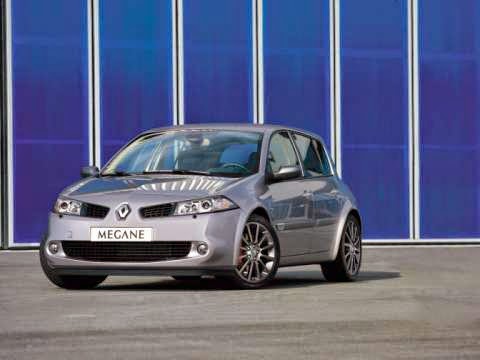 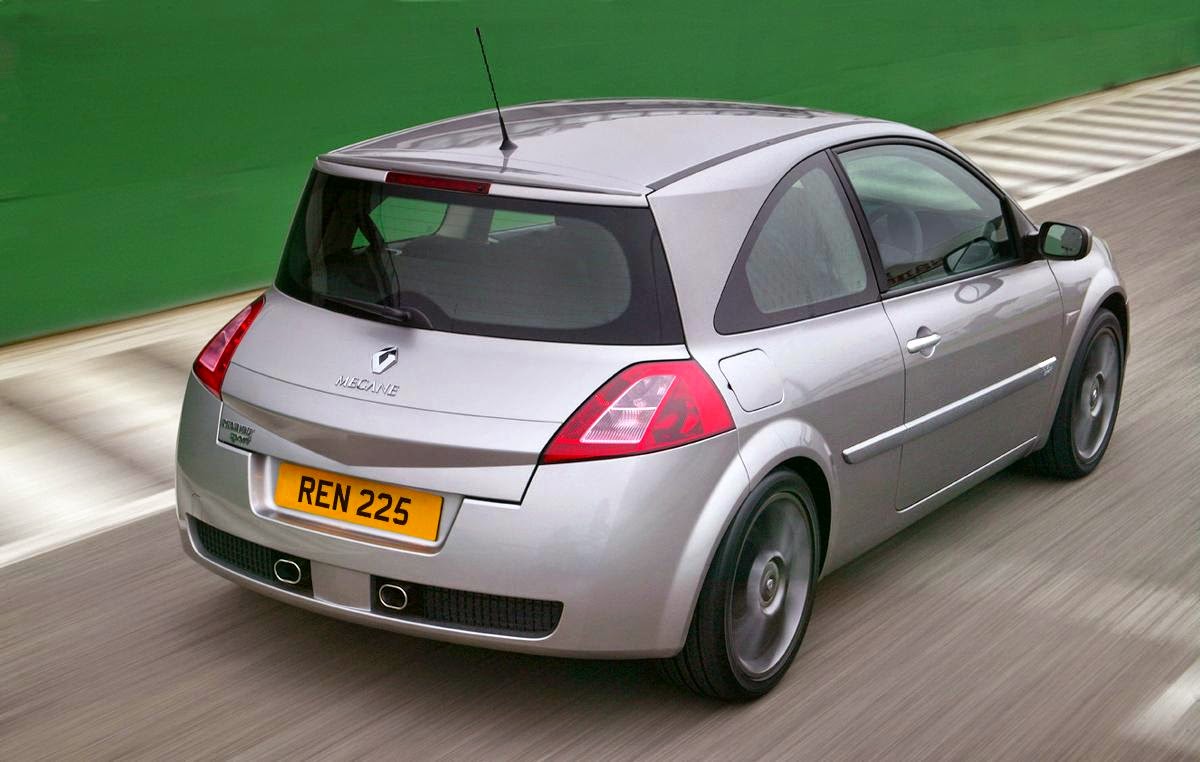 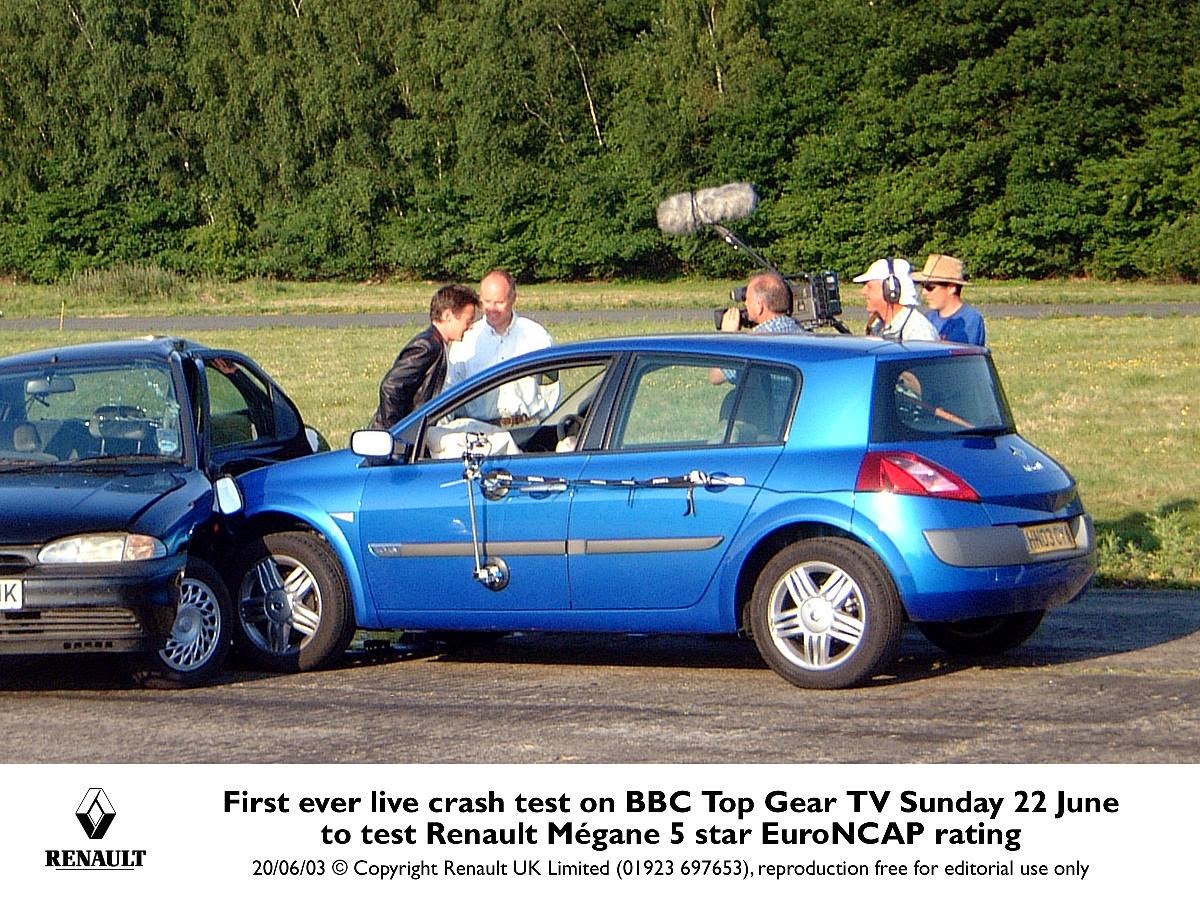 Thankfully though if the latter were to happen you would at least be safe, the Megane was the first car of its size to get a 5 star Euro NCAP safety rating. Richard Hammond asked a man to deliberately crash one on TopGear back in 2003 to prove this point. A criticism of this generation Megane though was it's interior, filled with airbags it might have been but the inside was finished in cheap plastics with a tendency to rattle compared to the offerings from VW, these problems will most likely have got worse with age and the state of Aussie roads.


So there we have it, the second Renault I've featured in COTW and the second to also wear a Sport badge. The Megane 225 might have looks that not everyone agrees on but it has a wicked set up and power train that's hard to ignore. And with production ending in 2008 you can get yourself a car that's not terribly old yet with low km's for very little cash. See what I've picked as an example. Now despite my saying the Megane came in fun colours I have ultimately plucked a black one from the classifieds. The reasons being, this car has recently been and always has been regularly serviced, has some new engine mounts, an uprated clutch and ultimately has come from a loving owner. My only quibble is that this car has clearly been for sale before given that the rego sticker is now out of date and doesn't match the description of rego until May 2015. I'm sure it's all good though and is rather good value for a Euro hot hatch.