What ever happened to 90's coupes: Holden Calibra

This year is going to be a tough transition for Holden, attempting to change it's image from an all Aussie manufacturer to full importer of vehicles; it might put buyers off. However, in reality Holden have imported many a rebadged General Motors product over the years and one stand out came in response to Japan's rather good coupes of the 90's. I am of course talking about the Holden Calibra. 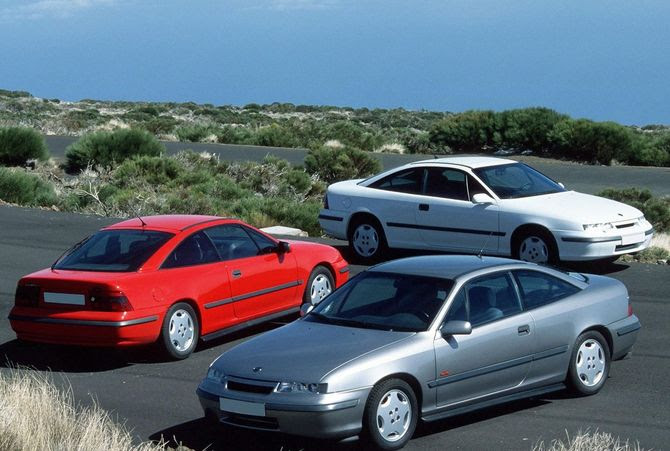 Never heard of it? I don't blame you, nobody bought the darn thing, which is a real shame, let me explain why. Firstly there's the way the Calibra looks, designed in house by GM I can't help feel there's something of the Alfa Romeo SZ and BMW 840i about it, low nose, narrow slit headlights, flat rear end with some chunky light lenses all linked by a low roof line befitting of a sports coupe. The Calibra looks good especially when parked next to its far more rounded contemporaries like the Celica and Prelude.

Another plus point for the Calibra lurked under that sleek bonnet, the star motor was a 2 litre turbo 4 cylinder linked to a 6 speed manual and a four wheel drive system. The Calibra Turbo was good for 150kw and a 0-100km/h sprint of 7.3 seconds. Considerably quicker that it's Japanese rivals. Other engine choices included a silky smooth 2.5 litre V6 and freer revving 2 litre 16v non turbo engine fettled by renowned engine guru's Cosworth, the two non turbo choices were front wheel drive only. 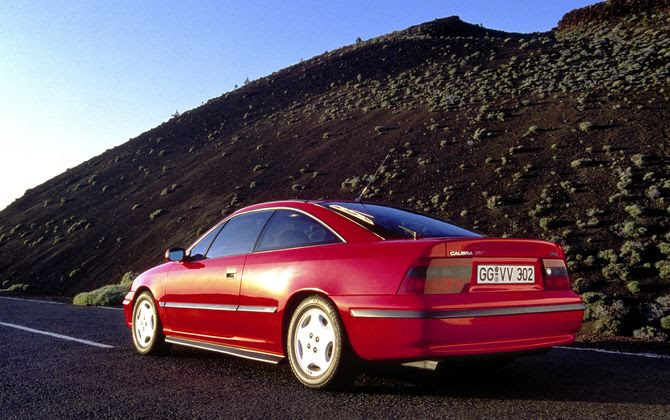 Chassis wise the Calibra utilised the underpinnings of the decidedly non sporty Opel Vectra/Vauxhall Cavalier (yes the thing in the picture). However despite the under whelming image the Vectra had a reasonable suspension set up. Utilising a front sub frame holding the engine with MacPherson struts and in four wheel drive models the rear torsion beam was swapped out for a totally independent rear end also in its own sub frame. So in spite of competitors being designed from the ground up as sports cars the Calibra could actually hold its own in the twisty stuff.


Interior wise the Calibra was less inspiring unfortunately, that same Vectra/Cavalier pairing that supplied a winning chassis couldn't supply an equally winning interior. Cheap plastics, flimsy construction, a big blob of a steering wheel and zero sporting accoutrements make for a very dated interior. Sure there was an option of leather seats to smarten things up but how well these have worn is questionable.

Now I mentioned that nobody bought a Calibra, which makes tracking one down difficult 20 years later. However if you are in the market for a 90's coupe I urge you to try and seek one out, They look good, go well, handle with composure and are rarer than things which command 6 figure asking prices! And for me the real clincher is that despite their rarity it has done nothing to push up values. As I type this there are fewer than 10 advertised online but all are for under $3000. Do your bit to save an original imported Holden before they all disappear. Here's one I found earlier: Holden Calibra