First off an apology, last week I neglected to bring you a car of the week, but if you've read the blog you'll be aware I was otherwise occupied driving a certain Volvo 800km's back to Sydney. Anyway on to this weeks car and this ones a mini, literally. 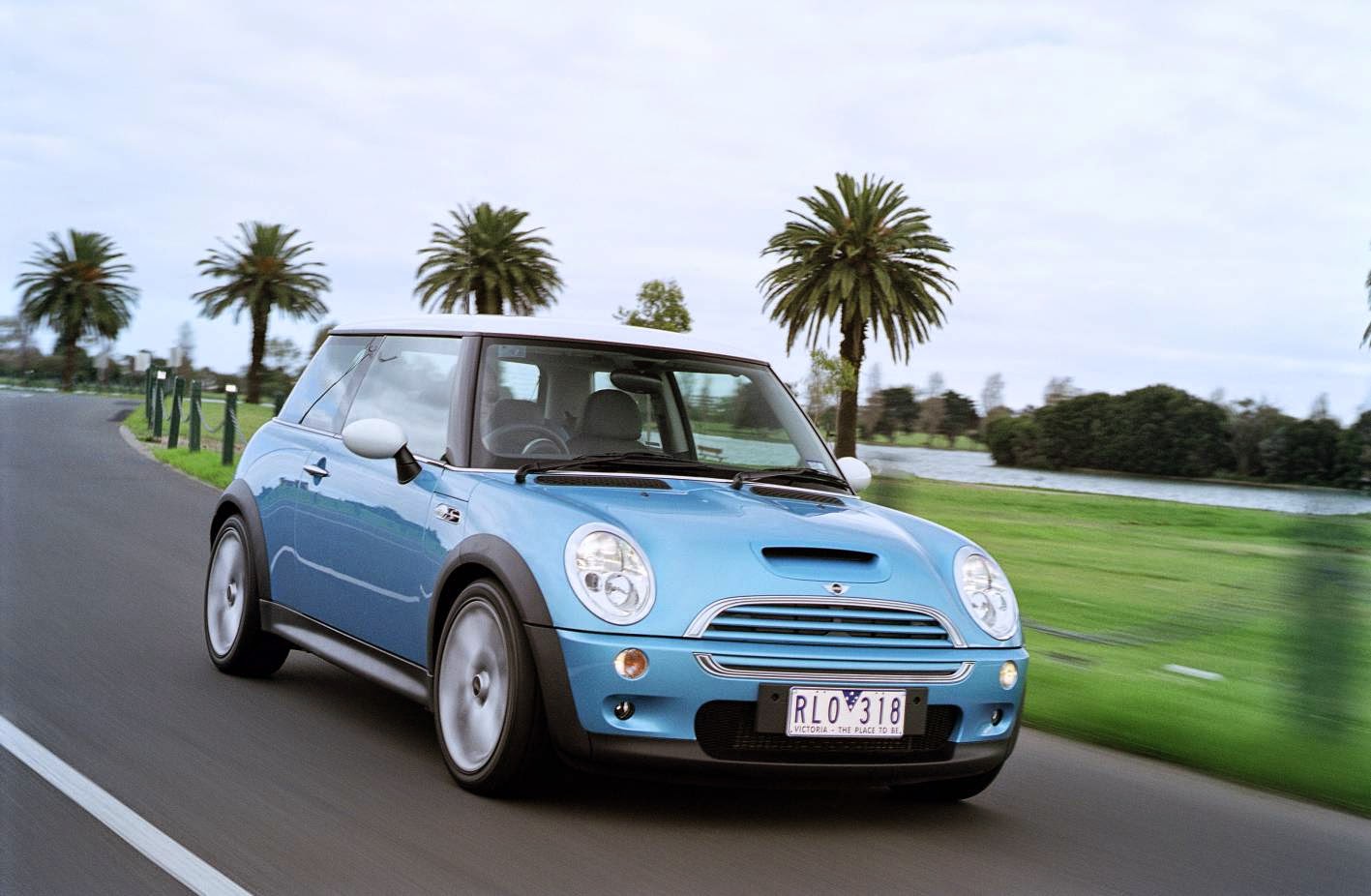 But its a German

Do you remember when the New Mini came out? If your interested in cars you will, BMW's re release of the most iconic car of all time was all the automotive and to a certain extent normal media could talk about way back in 2001. It was controversial to redo the Mini in the first place, but the fact a German company were doing it seemed almost unholy! The idea of the Germans making something so quintessentially British also seemed a bit patronising especially as they had just hung Rover, who previously owned the mini name, out to dry. Among the mutterings of the Mini losing its Rule Britannia'ness there was also the rather obvious flaw that the Mini was no longer, well mini. Oh how we all laughed, surely this car would flop, just like VW's re imagined Beetle a couple years earlier? 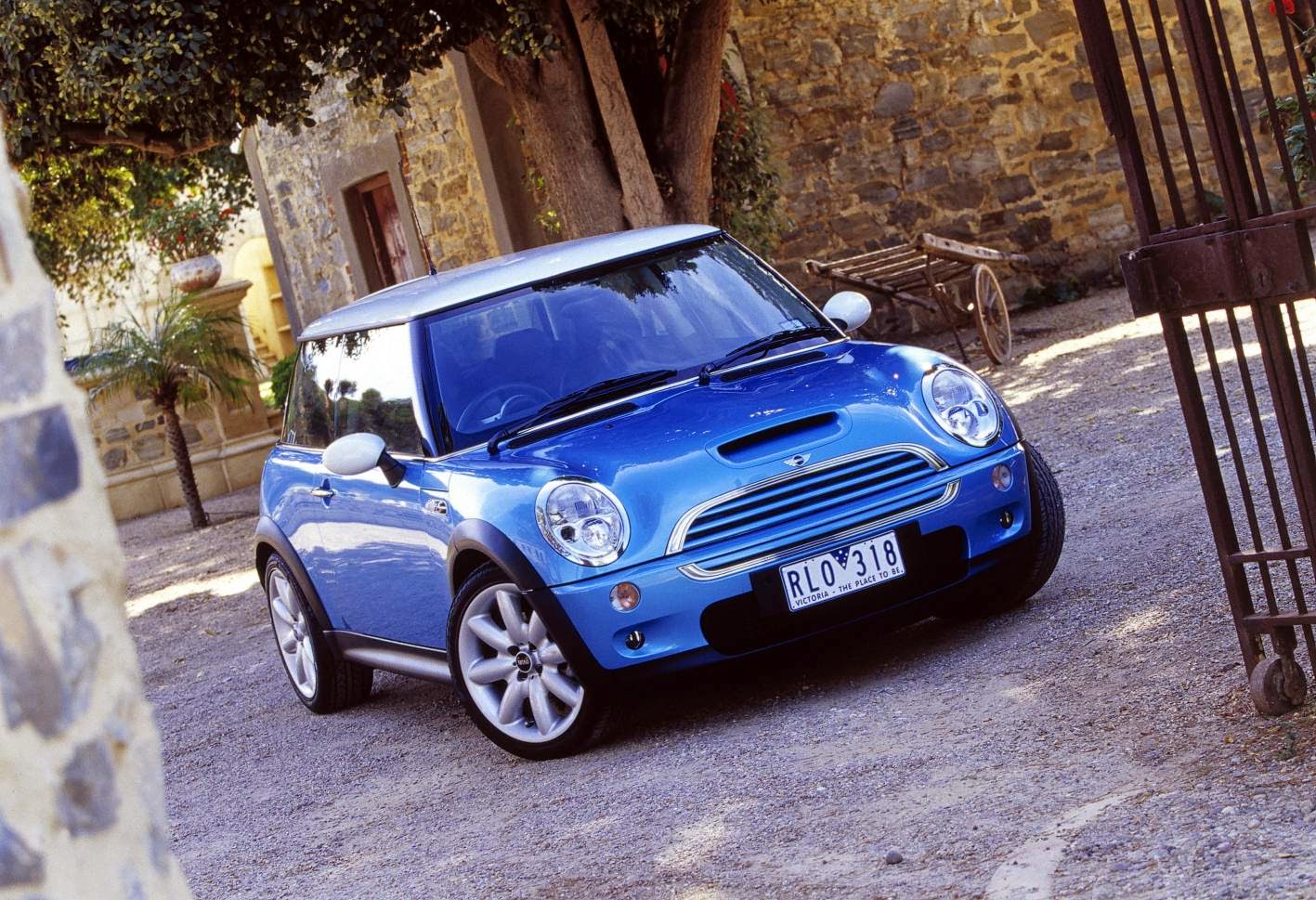 However that cutesy little face teamed with the fact it was actually a hoot to drive has seen the New Mini go through 3 generations and become one of the greatest motoring success stories of the 21st centuries. And nowadays thanks to that massive success you can pick up one of these not so new, New Minis's for well under $10,000. I thought I might as well go for broke too and pick out the quickest Mini you can get, the sublimely supercharged Cooper S.

Visually the Cooper S's can be distinguished from the One's and Coopers by a bonnet scoop, body coloured grill, twin centre exit exhaust 16 inch alloys and half leather seats. Of course in true Mini fashion though the cars were infinitely customisable form the factory, so expect to see many colours, speed stripes and graphics applied to the cars out there, personally I just like a solid colour with a contrasting roof and mirrors, I'm a traditionalist like that. 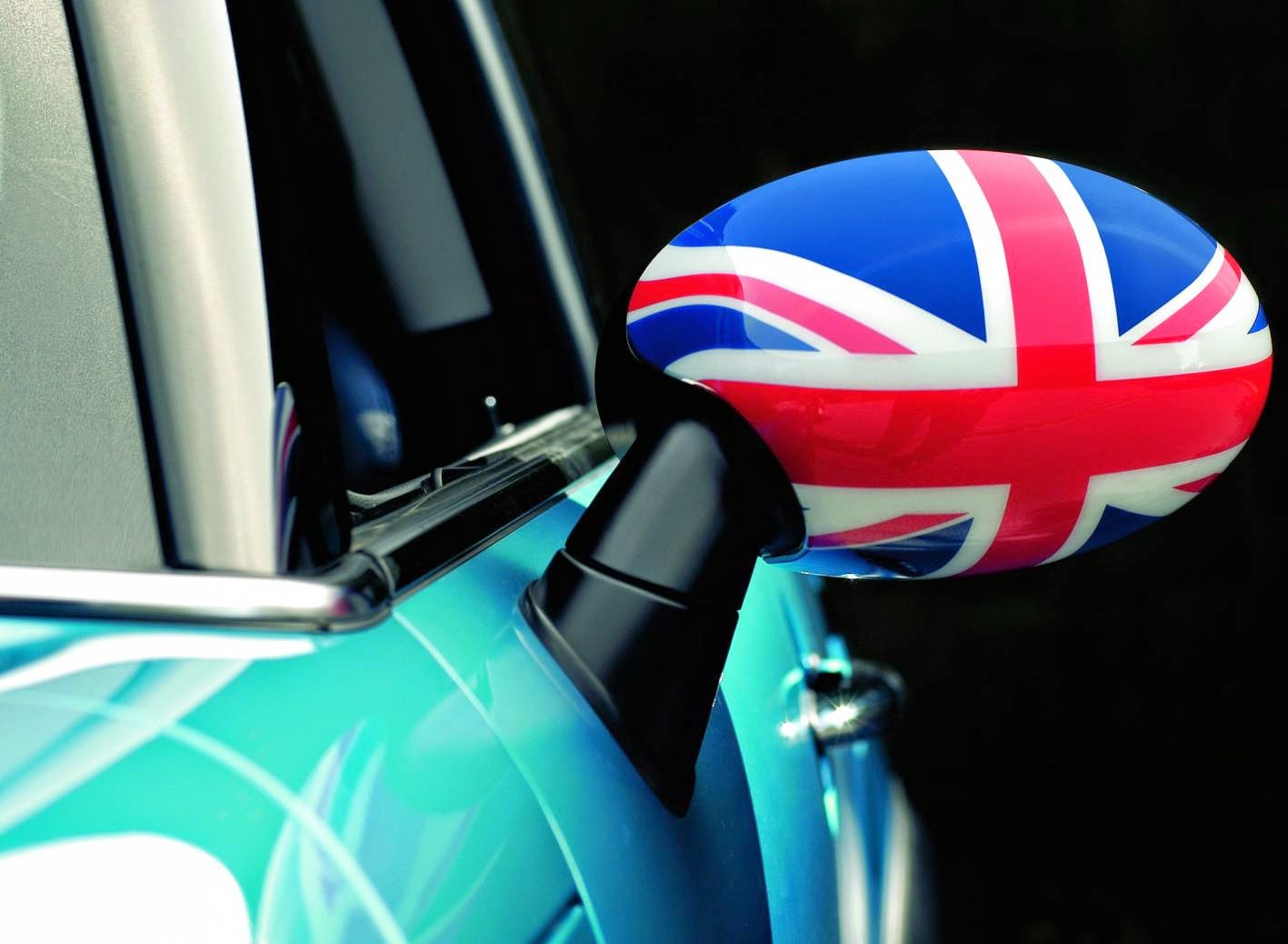 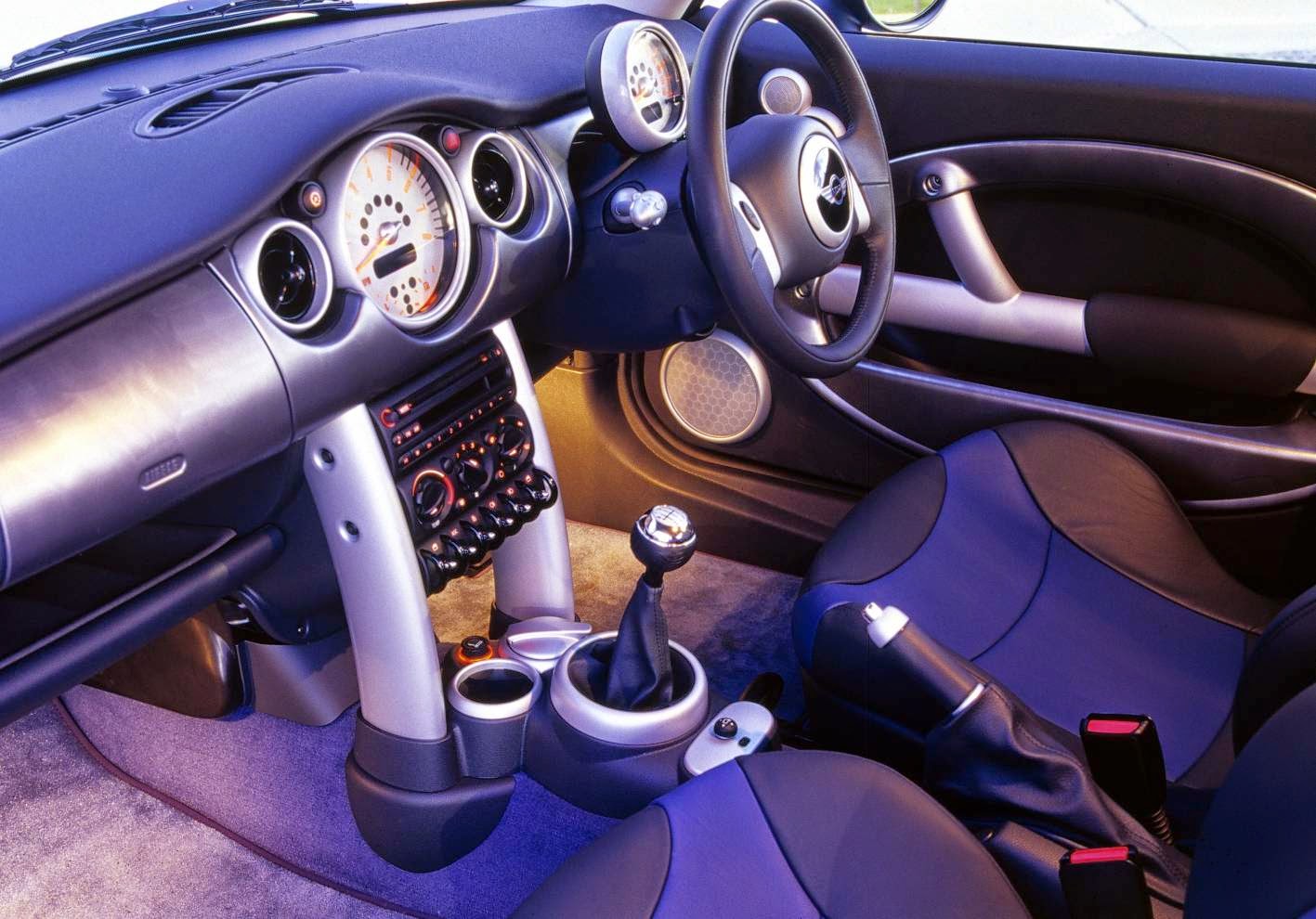 The Minis's actually quite mini

The next thing I want to mention is rather ironic given the Mini's initial ridicule and that thing is size, you see the original New Mini at 3626mm long is by today's standards some 14 years on actually pretty small. A brand new Ford Fiesta for example measures 3969mm while Mazda's brand new 2 is a whopping 4060mm. Turns out the Mini is mini after all. Now that you know how small the car actually is it's performance figures are really quite impressive. 120kw and 210Nm or torque are produced by the little 1.6 litre supercharged motor, which is sent through the front wheels via a 6 speed manual box all in a car weighing 1215kg. If you had to write down a recipe for the ultimate hot hatch surely those things would be the ingredients? Combined with proven BMW dynamics including independent rear suspension the Cooper S was a shoe in as a drivers car. 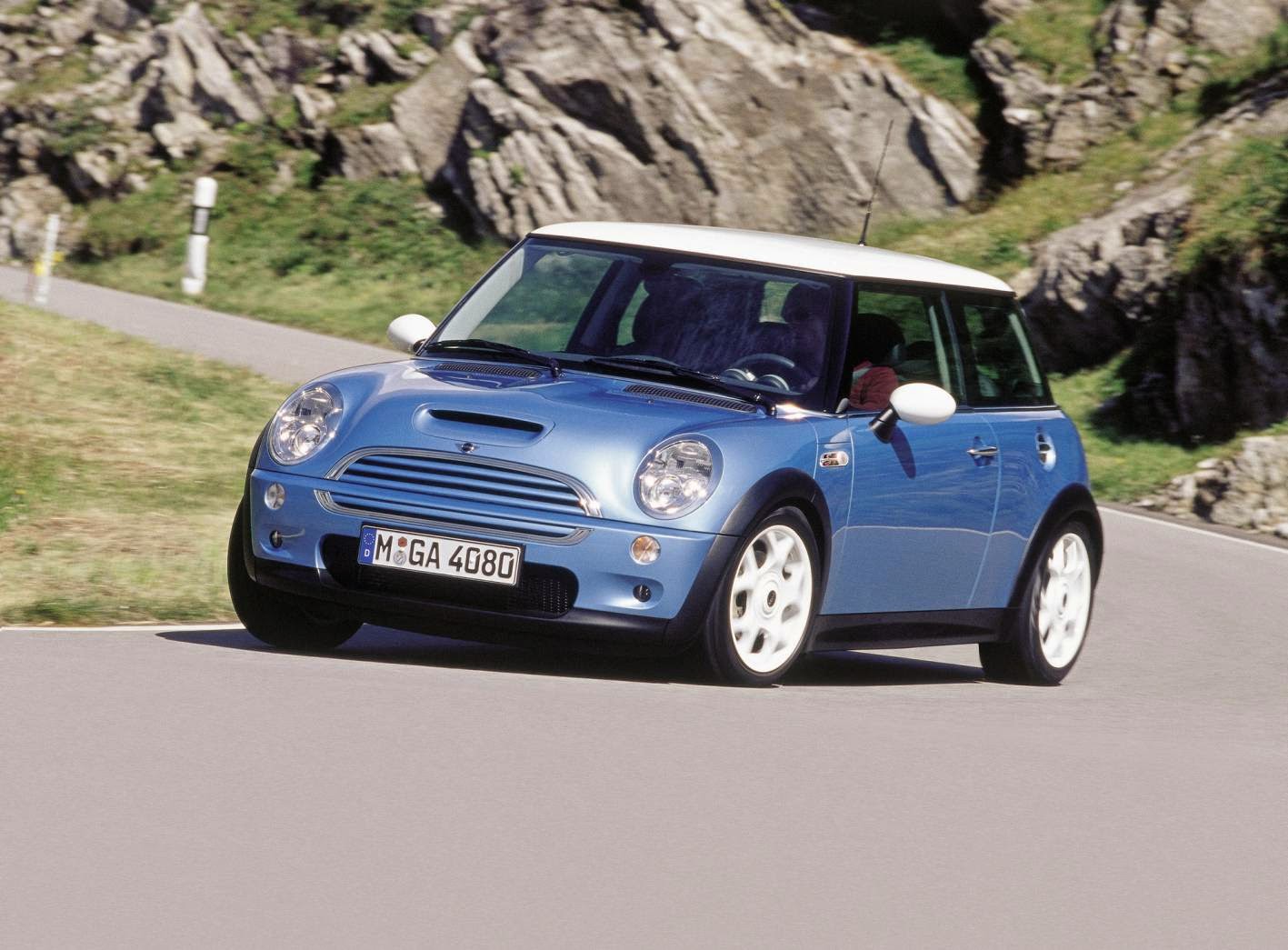 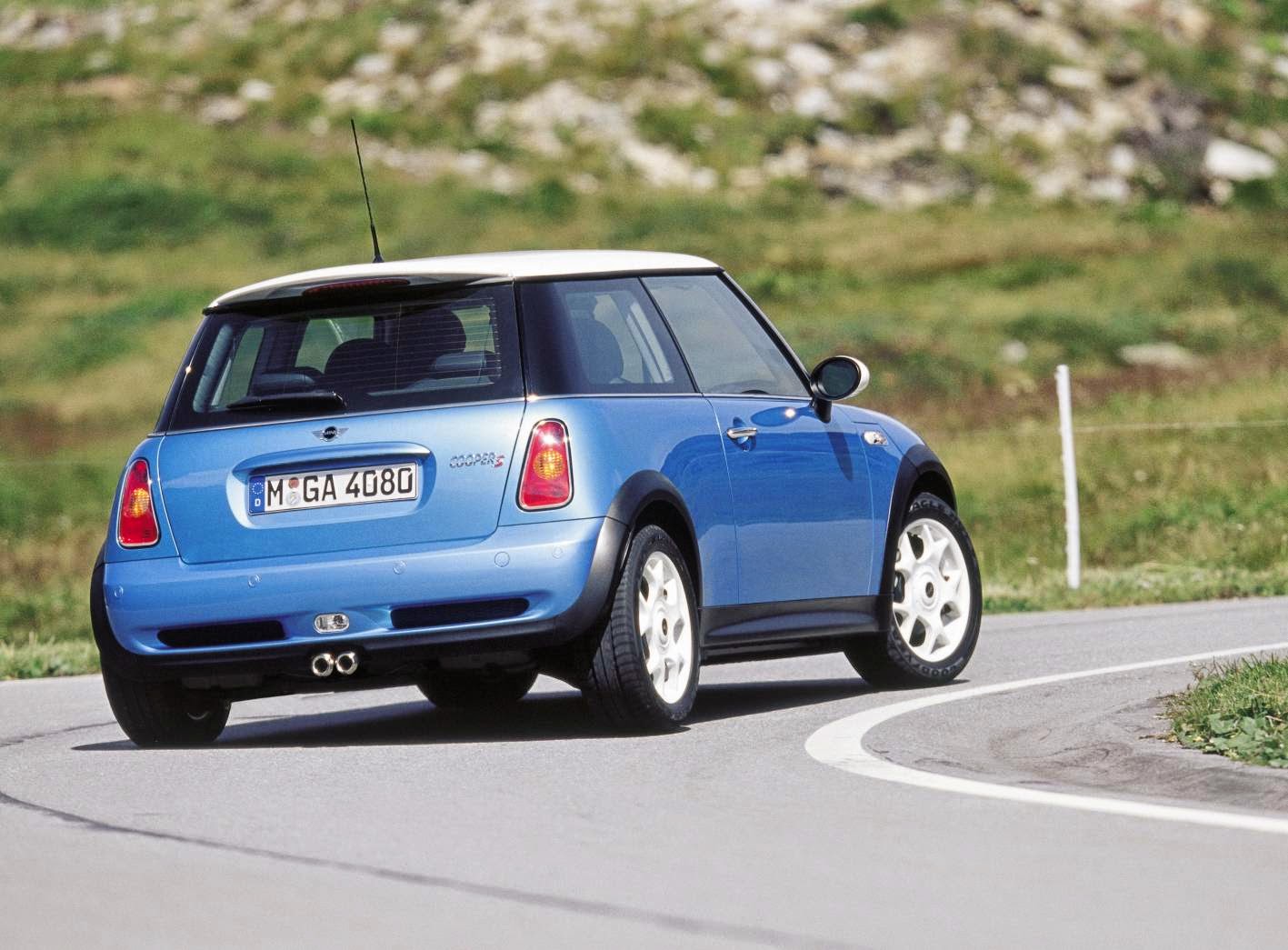 There were some teething problems with the first generation though, electrical gremlins being one thing and a gearshift cable breaking was another. Also listen out for noisy or worn rear suspension, some of the older cars may be suffering with this now too. As I've said about previous cars of the week though, try to get a well maintained example and have a good poke around when viewing, press every button and flick every switch. The good news though is being performance orientated most Cooper S's will probably have been owned by someone who cared for it. 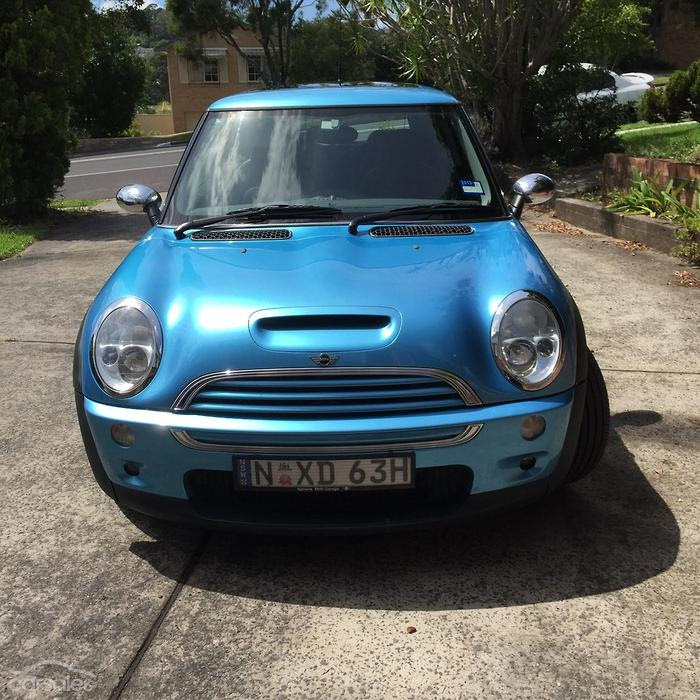 My pick this week is a lovely little blue number, 171,000km's and full BMW service history are pluses as are 4 new Pirelli tyres. Price has been reduced by a $1000 too meaning this car with its sun roof could be your perfect weekend toy.