Volvo V60 Polestar day 4, what have we learned

Another day over and one that saw me do something properly Australian with the Polestar, I took it surfing. So the question is, can you fit a 7 ft surf board in it?

1. Well yes you can, just. See my pictures for the proof that with the back seats down a 7 ft board will slide in albeit you'll have to be ok with it resting between the two front seats. Now obviously if you are a better surfer than me then a smaller board won't impede into the front space as much however you will still need to keep those back seats down meaning the family won't be able to come along for the surf unless you fit roof racks. 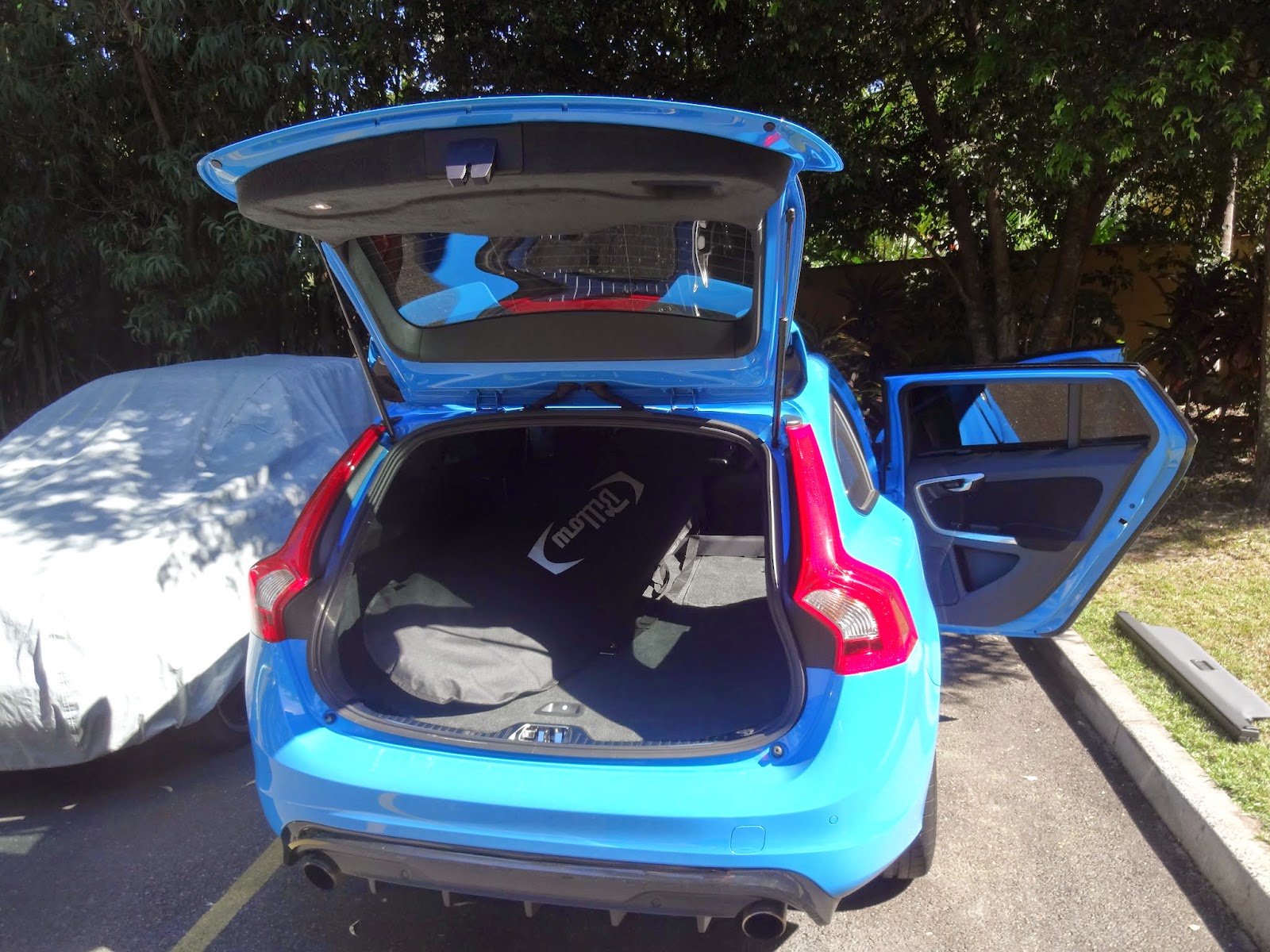 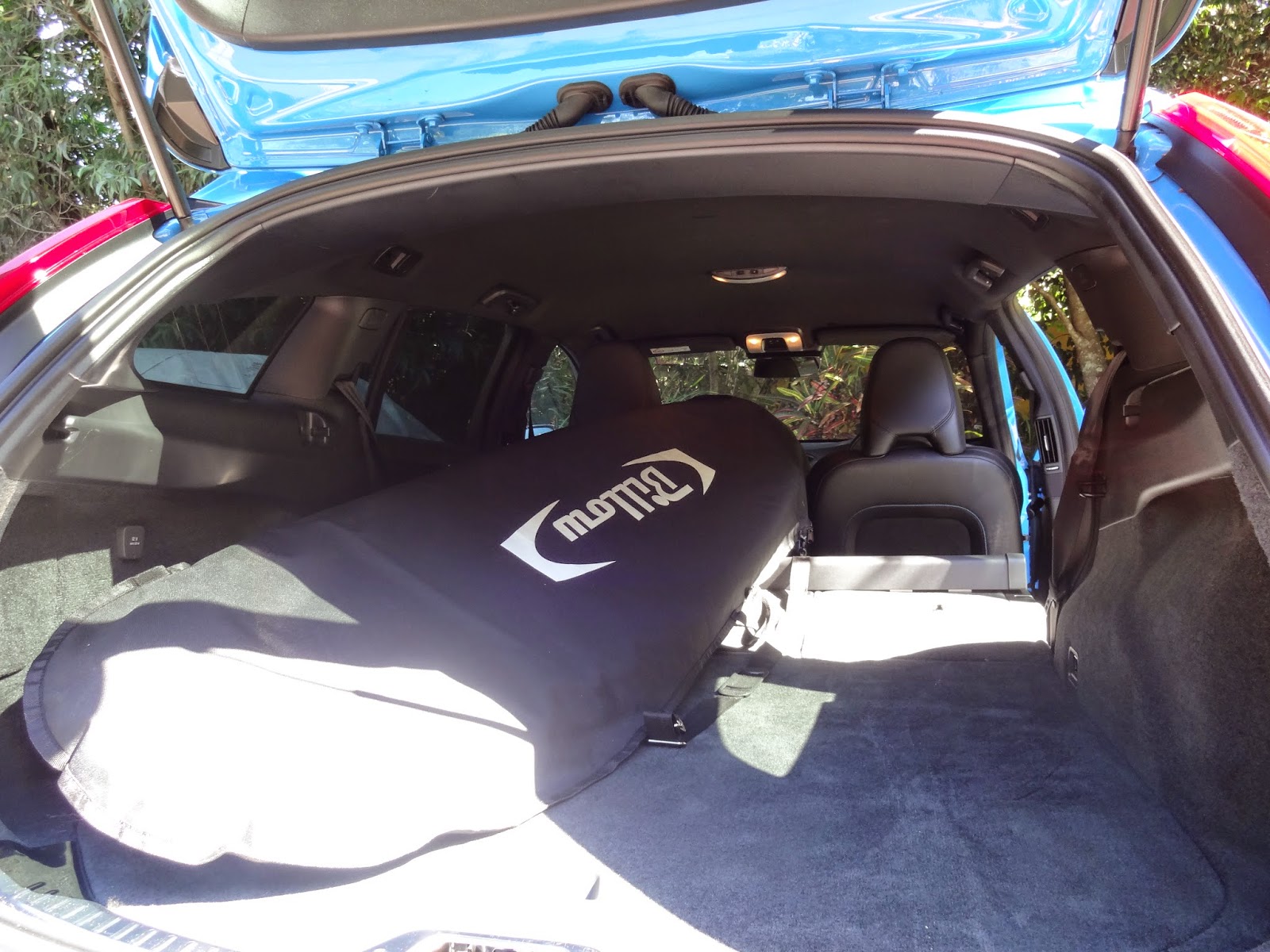 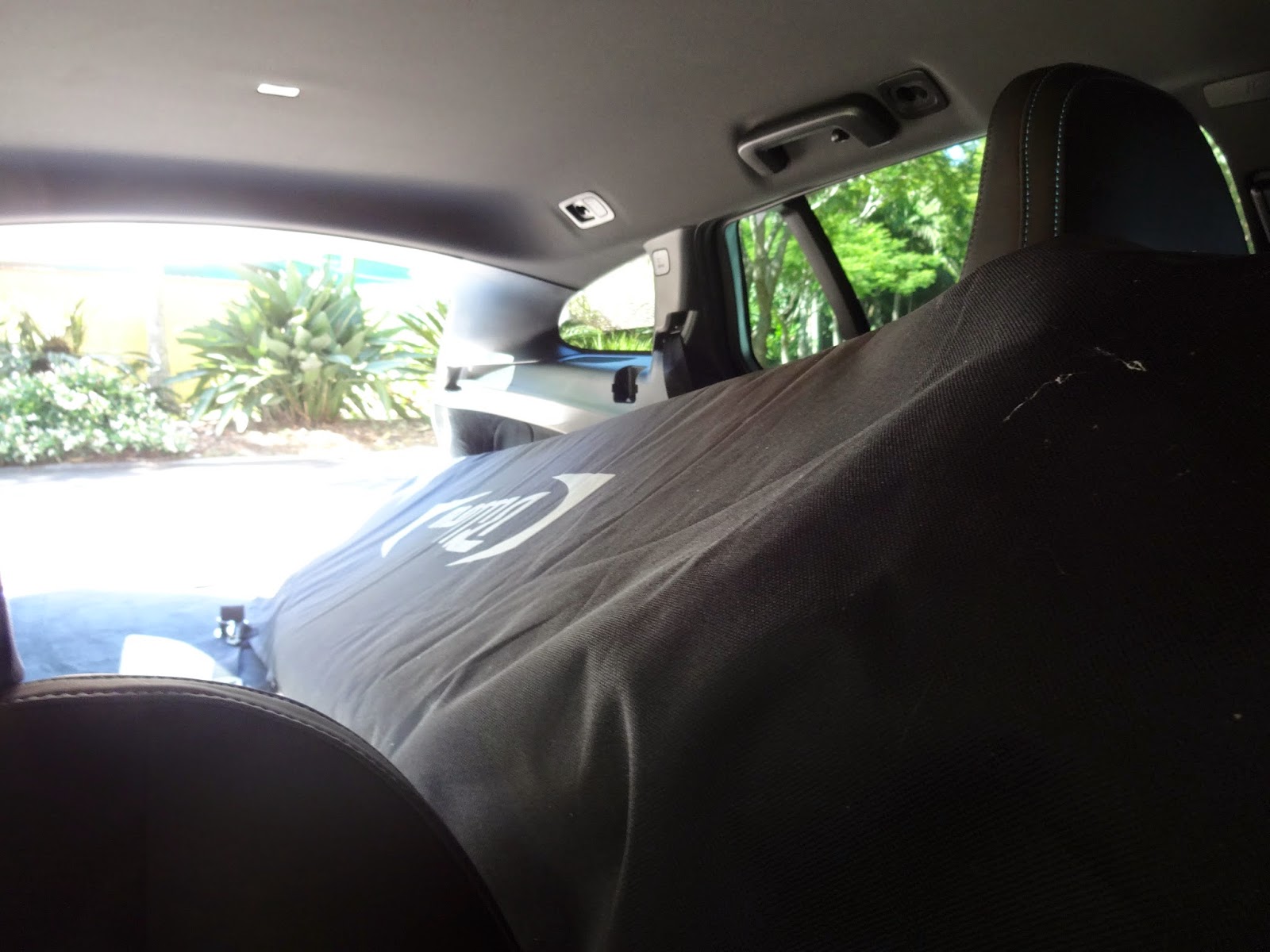 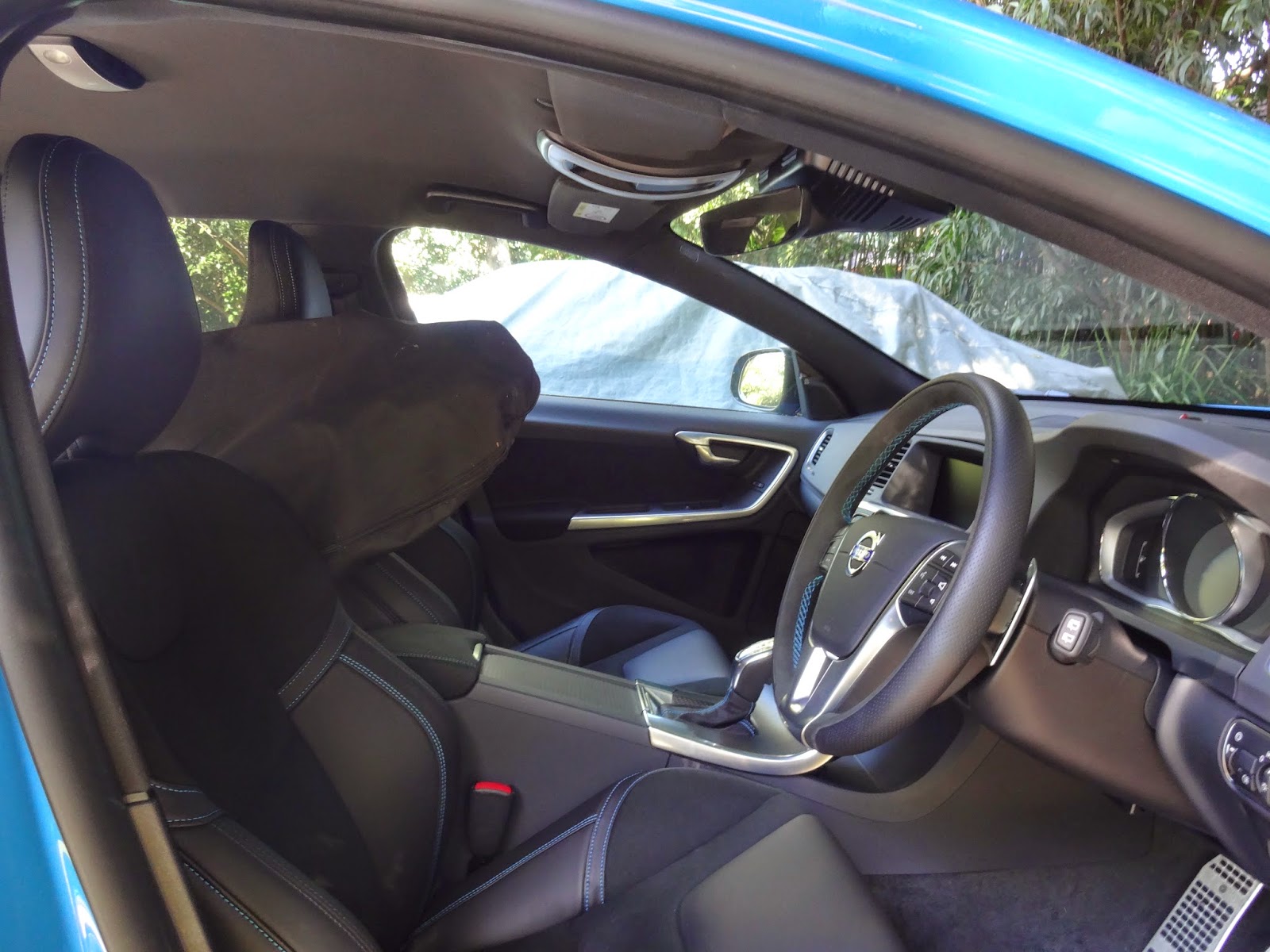 Understated, just the way it should be

2. The second thing I noticed today and something that I had a sneaking suspicion about is how understated the Polestars is. Sure it got glances down at the beach, mainly due to the bright blue paint and barking exhaust but it ain't no crowd gathering super car. Of course this is probably good news as people who buy a high performance Volvo aren't usually the sort of people who want everyone looking at them. 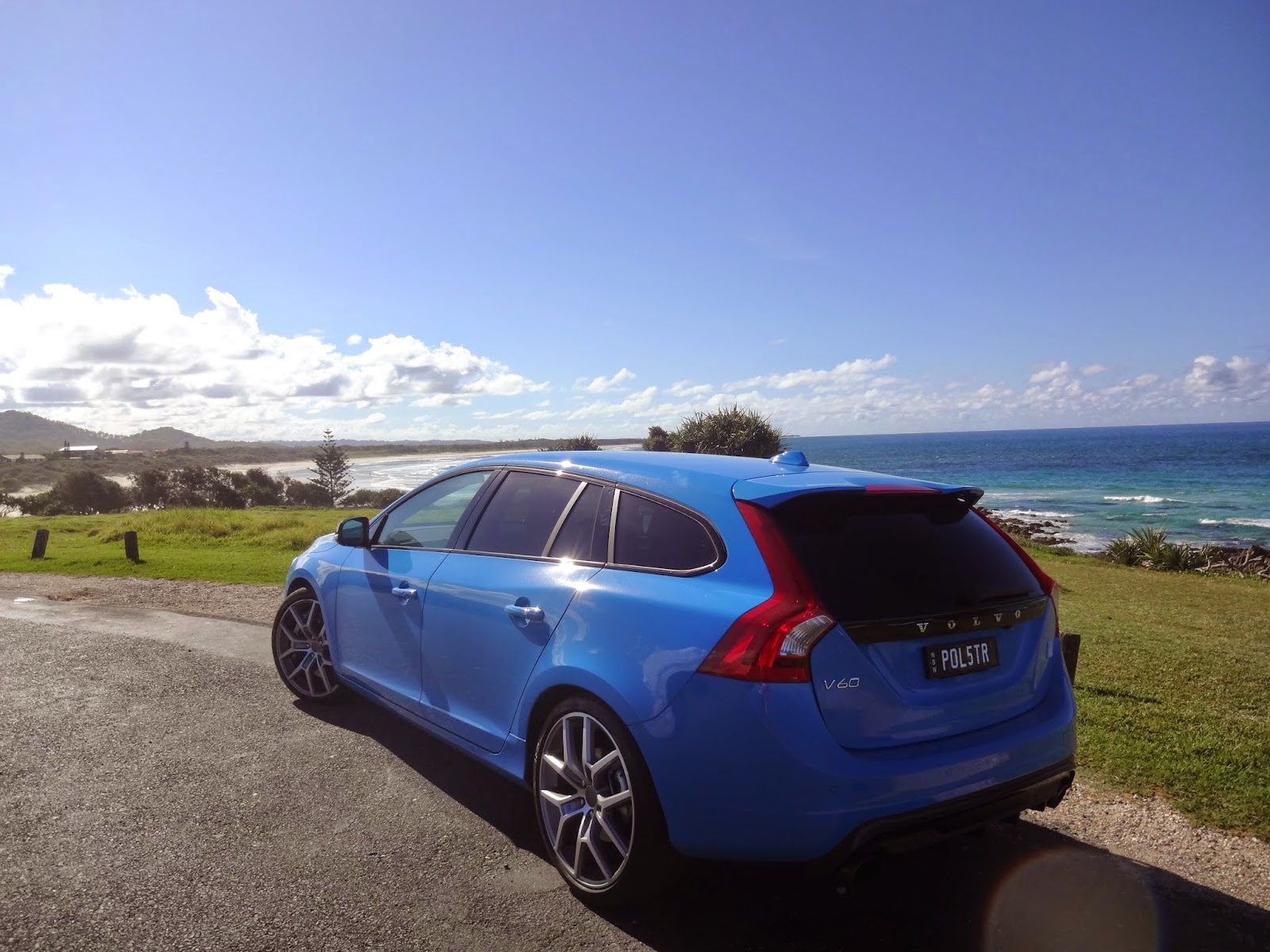 Tomorrow I'm going to take the Polestar out on a twilight blast to test such things as the active high beams and bending headlights that turn the way the front wheels turn at low speeds.
Posted by Bruce at 19:30