Autonomous cars are coming and as much as petrol headed individuals like me dislike it there is little we can do. However at least some manufacturers are going about the transition in interesting ways, Land Rover being one such company, by doing it in a wonderfully James Bond fashion.

The video showcases some of the companies latest self driving technology, a Range Rover Sport you can drive via an app on you phone. The idea behind the tech is that it allows the driver to negotiate difficult terrain easily, no hidden obstacles when you can walk round the car to check right? It also removes the driver from dangerous situations such as a rollover. To stop owners getting carried away though and start thinking they've got a giant R/C car the app limits the Range to just 4mph. Plenty fast enough for crawling over tough terrain but pretty much useless everywhere else. Apart from a car park of course, where if you find some thoughtless individual has blocked your door, simply reverse the car out, useful but also something that looks hopelessly cool. 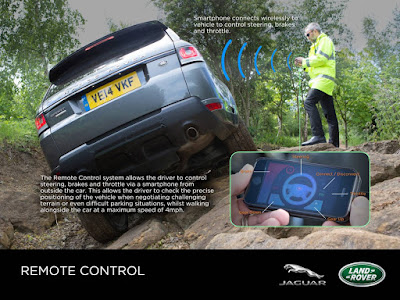 The best thing about the autonomous Range Rover for me though, is that it actually looks like a real car, not some horrible tofu box like the silly grinning Google car. It also still has a wheel and pedals for the times when you want to go faster than 4mph. The technology is merely in prototype form right now though, but with cars already able to parallel park themselves I doubt it will be long before we see Land Rovers self driving app in the appstore. 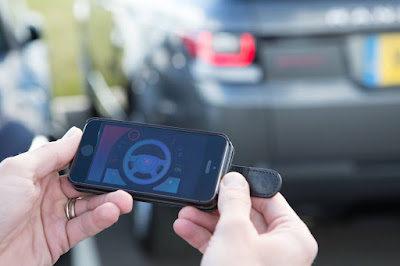