The all new Mercedes Benz C-Class Coupe will soon be with us. Due for public debut at the Frankfurt Motorshow and slatted for release in Australia in 2016, the C-Classes suave sibling is a gorgeous new addition to the Mercedes family. However with a price likely to be on the far side of $60,000 not everyone will be able to buy the brand new Coupe. So this week I thought to take a look at the C-Coupés predecessor, the equally stylish but better priced Mercedes Benz CLK.

We have to go way back to 1997 to find the CLK's original release and personally from looking at one you'd be forgiven for thinking it wasn't that old. There is a real timeless elegance to the way the CLK looks, it still has an aura of expense to it in fact, which is good, you can't have your neighbours thinking you bought a cheap Benz can you? There are some beautiful touches to the CLK, the long pillar less doors and the small rear side windows for example create an expanse of glass that really brings the outside in. It's silhouette is classically Coupe like, with the roof sloping gently down to the boot. And with smooth surfaces and no flared or bulging body panels the CLK is a pretty car to behold from any angle, in my opinion at least.

Being a car of the 1990's though the interior is the one area where the CLK might start to show it's age. There were no central sat nav screens as standard and everything was a little geometric with an extra side of buttons and faux wood trim, the plastics will feel a little harsh by today' standards too. Standard equipment levels were generous though, CLK's scored six CD auto changers, fog lights, air con, cruise and electric heated mirrors to name but a few and the four soft seats (these could be leather) provided a nice place to sink your bum into and the big arm rest a good place to put your elbow while the car did all the work.

Be warned though that said work won't happen fast, the base CLK 200, some of which can be picked up for under $6000 are not remotely sporty. Offering a mere 100kw you'd be hard pushed to outrun a Honda Jazz CVT nowadays. For a modicum of performance best try to find a 230 Kompressor (that's Merc speak for supercharged with 142kw) or better still a 320 V6 which offered 160kw. Road tests at the time were very complimentary of the way the CLK drove too, some called the 320 variant a proper sports coupe and although no BMW beater was capable or rewarding a keen driver with excellent road holding and potent performance.


What's not so good?

Good bits covered, what's not so fantastic? Firstly some of these cars are now approaching 20 years old and have long past their Mercedes Benz bodywork warranty so rust could be an issue. I know for certain that in the damp and salty UK for example the bottom of the doors and around the wheel arches are a particular weak spot for rot. Obviously in Australia the climate may have been kinder to the CLK but look closely. Servicing is another must, like most cars I feature the running gear and engines in the CLK are strong but only if they are maintained at the correct intervals with the right oils and parts, specialists should be able to do this for you without breaking the bank. Electronics are another issue with cars of this age, it's important to make sure everything works as it should and if the cars been cared for there should be no reason for warning lights on the dash. 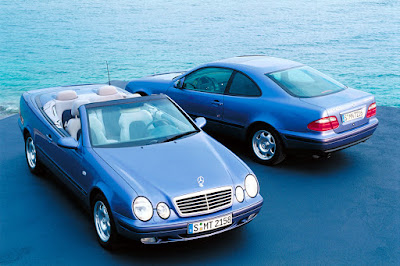 There we go then, the Mercedes Benz CLK, similar in ethos to next years brand new C-Class Coupe but just a tenth of the price. For those wanting an affordable German Coupe you could do a lot worse, yes the dated interior is an issue and there's not a lot of performance, but timeless style and a comfy place to sit makes up for small failings. 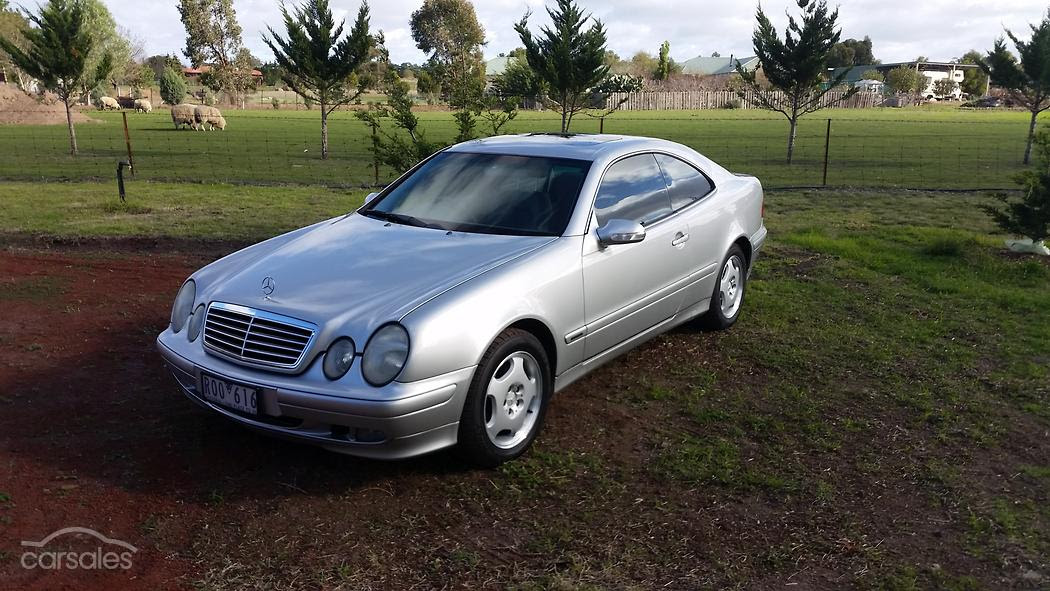 The car I've picked out this week is a face lifted 2000 model with the desirable 3.2 litre V6. Finished in classic Mercedes silver it looks truly timeless. From the pictures it appears in excellent condition however there isn't much of a description, usually I would say avoid but I get good vibes from this private sales pics so this CLK might be worth checking out if your in the vicinity.