Did you know that there is one other place outside of Germany's autobahns where you can legally drive your car as fast as you want? That place is right here in Australia, a 276km stretch of the Stuart Highway in the Northern Territory (NT) which has had its speed limit lifted since 2014. And this got me thinking, can you buy a car that can crack 250km/h for under $10000? If you fancy a really long road trip here are 5 cars that'll do exactly that in the NT. 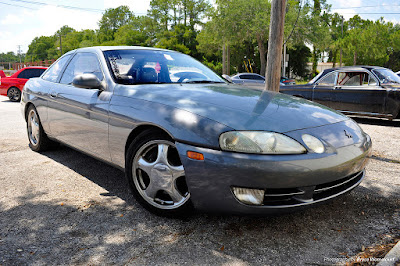 Let's start with the car most likely to actually get you to the middle of Australia, the 90's Japanese super coupe with a reputation for never breaking. Available with 3 engines between 1991 and 2000 the Soarer you'll need to track down to break the 250km/h barrier is the 2.5 litre twin turbo straight 6. In standard form it could do the 0-100km/h sprint in 6.9sec before surging onto 260km/h, here's one I found earlier for a bargain $4,800. 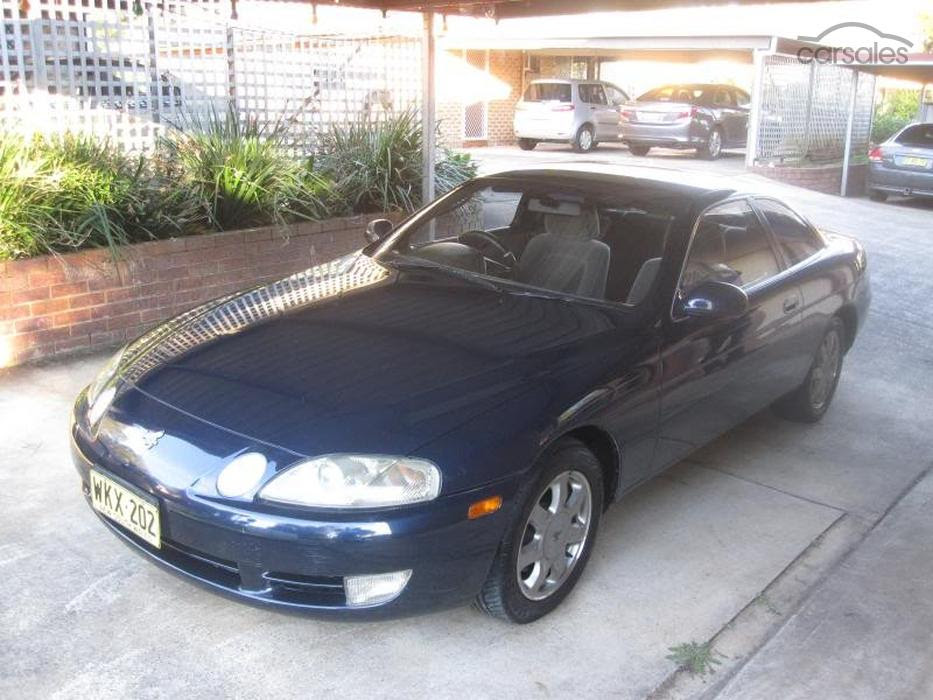 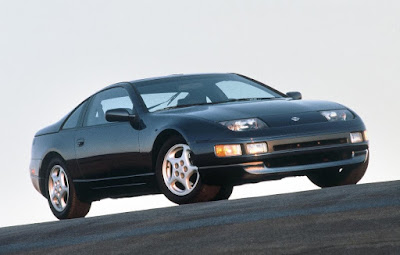 My second choice is another Japanese super coupe, complete with a couple of turbo's, the Nissan 300ZX. Again don't buy the wrong car in your search for speed, the one you need is the V6 twin turbo, The thing was so fast Nissan limited it to 249km/h from the factory although period road tests saw the car top out at 267. However with the limiter removed some reckon the 300 is good for 290km/h plus. Here's a garish yellow one I found in WA for $7,000. 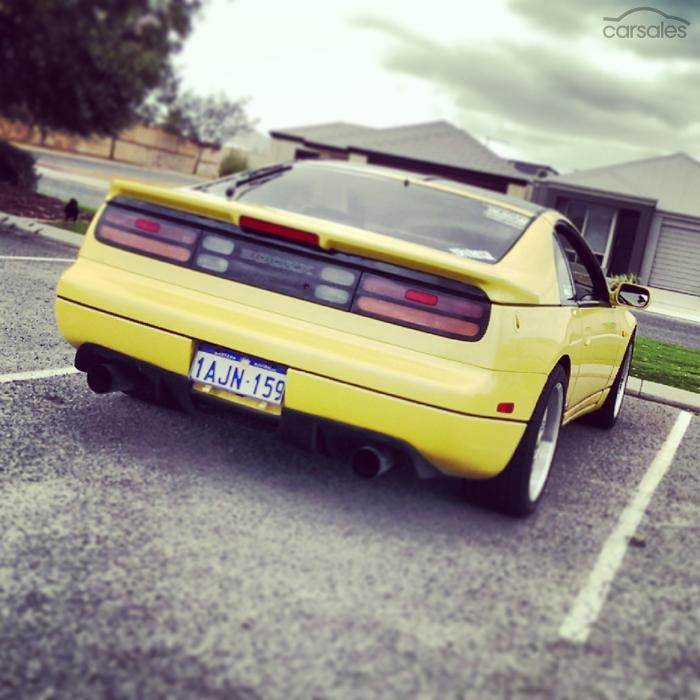 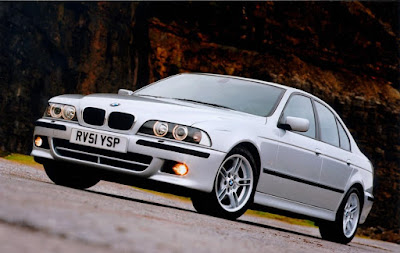 4.4 litres of naturally aspirated V8, that's all the E39 5 series needs to take it to a electronically limited top speed of 250km/h. Remove the limiter and you might see another 10 to 20km/h out of one. Besides the rather ballistic turn of speed though, these cars offer a whole lot more and are staggering value for money nowadays. Released in 1996 the early ones can now be picked up for under $7000 and come with all the bells and whistles you'd expect of German luxury sedan; heated leather pews, cruise control, climate control, some even came with a very 90's car phone and inbuilt TV! Here's a loevly looking face lifted 1999 540i Sport I found for just $8,000. 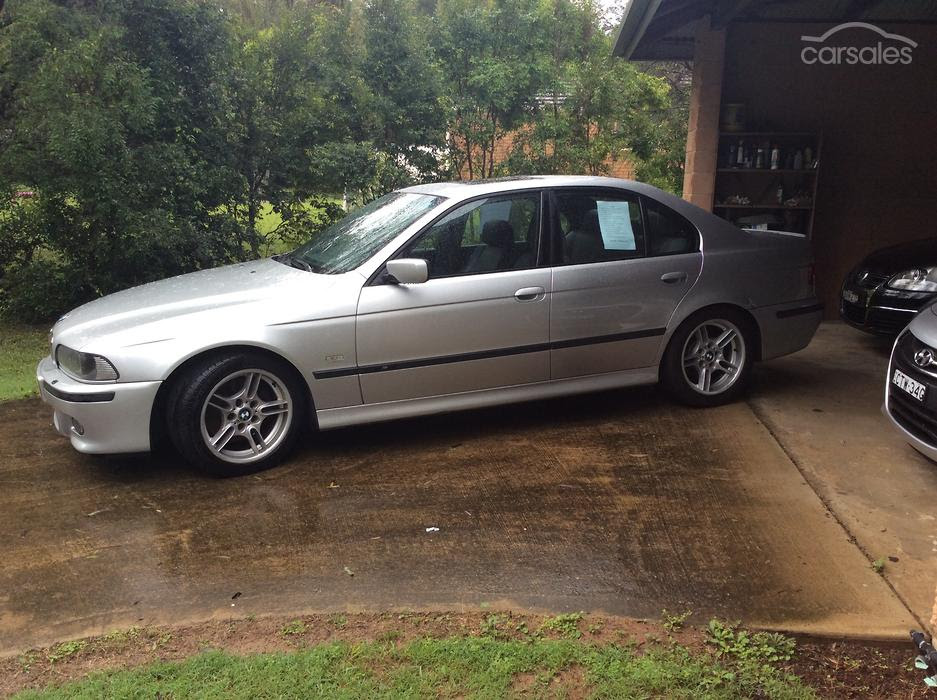 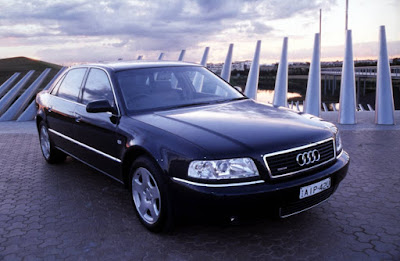 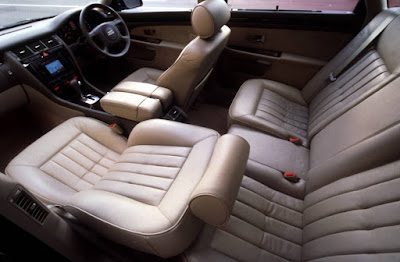 In much the same vain as the BMW above, only larger, Audi's A8 is a no holds bared full on luxury limo. The first gen D2 car is also a bit of a rarity, arriving in the mid 90's just before Audi's popularity started to take off. It's relative unknown existence means prices are very reasonable for a car with a 4.2 litre V8, famous Quattro AWD and self leveling suspension. Again the top speed is electronically limited to the magic 250km/h but the car is capable of more. This long wheel base version, offering back seats passengers the option to fully recline can be had for just $8,500. 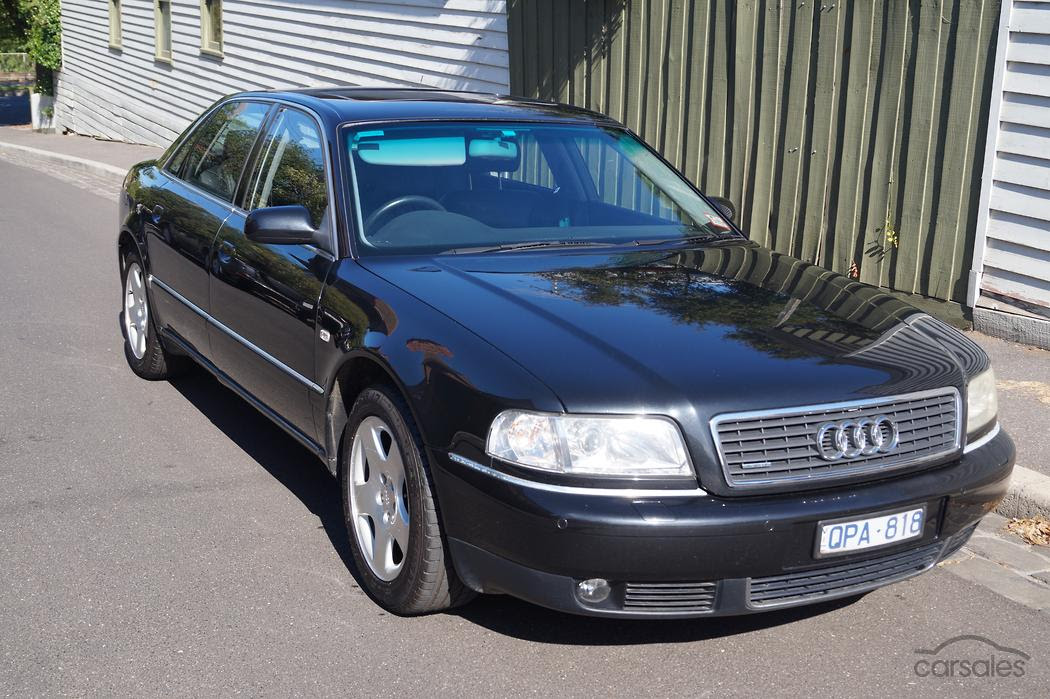 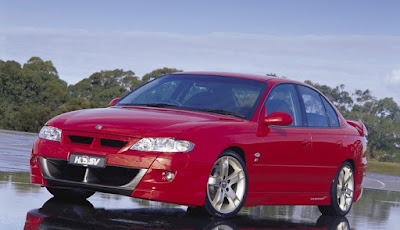 I couldn't write something about an outback Aussie road without including a proper Aussie hero capable of 264km/h could I? I give you the VX Holden Commodore in fettled with HSV form. With a 5.7 litre LS1 V8 up front the Clubsport is a proper muscle car. Straight line speed  and a bellowing bent 8 exhaust note makes it an ideal candidate for a top speed run. They're relatively abundant and cheap too, this ones a bit rough around the edges and can be had for $6,500 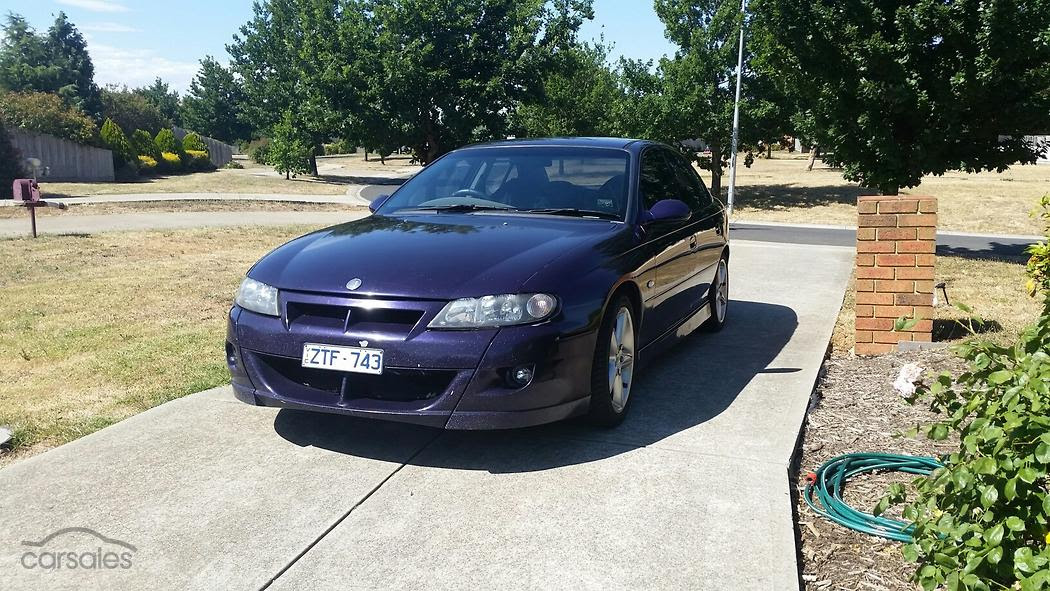 A few words of advice before you go out a buy one of these cars though. The stretch of road in question is a 31 hour drive from Sydney and 26 hours from Melbourne, that's a commitment already. Secondly there are no local amenities once your past Alice Springs and importantly no petrol stations, so best bring a Tim Tam and a jerry can. Thirdly seriously consider if your bargain performance car is reliable enough to get there, do 250km/h without exploding and get you home again, these cars are good but some are pushing 20 years old. Lastly the road surface on the Stuart isn't flawless, it dips and undulates so mashing the go faster pedal isn't all you need to do, it will take concentration and skill to vmax your motor up the highway. With all that in mind though it's still hard to disagree that these 5 cars offer some serious oomph for very little dollar. All cars found on carsales.com.au
Posted by Bruce at 09:00