Hairdressers car, posers car, just a Golf in a fancy frock. It's fair to say that the Mk1 Audi TT has taken a lot of flack over the years. However, have you ever taken the time to look past the preconceived ideas and see the car for what it actually is? Turns out its a bit of a design icon and despite its dynamic flaws I for one absolutely love it. And guess what, you can pick one up in Aus for less than a tenth of its original value. When the TT was launched in 1999 I was just a kid, not even into double figures yet, but I knew there was something special the moment I saw it. The TT is without doubt a beautiful car, maybe not in a traditional Italian sense but certainly in a modernistic sense. Sharp clean lines meant it was immediately recognisable as an Audi while also pulling of the trick of not looking like anything else in their range at the time. Even now some 16 years after its release the Mk1 TT looks like it just rolled off the drawing board and as a result it's a vehicle likely to appreciate in value given a few more years. And that's just the outside, the interior is a separate masterpiece all by itself. It was minimalist before minimalist became a thing, at the time car interiors were sea's of nasty plastic, dull upholstery and far too many buttons. The TT introduced us to the world of aluminium tirm, soft touch materials and minimal clutter. It showed the public that car interiors could be both beautiful and functional in a mass produced car. 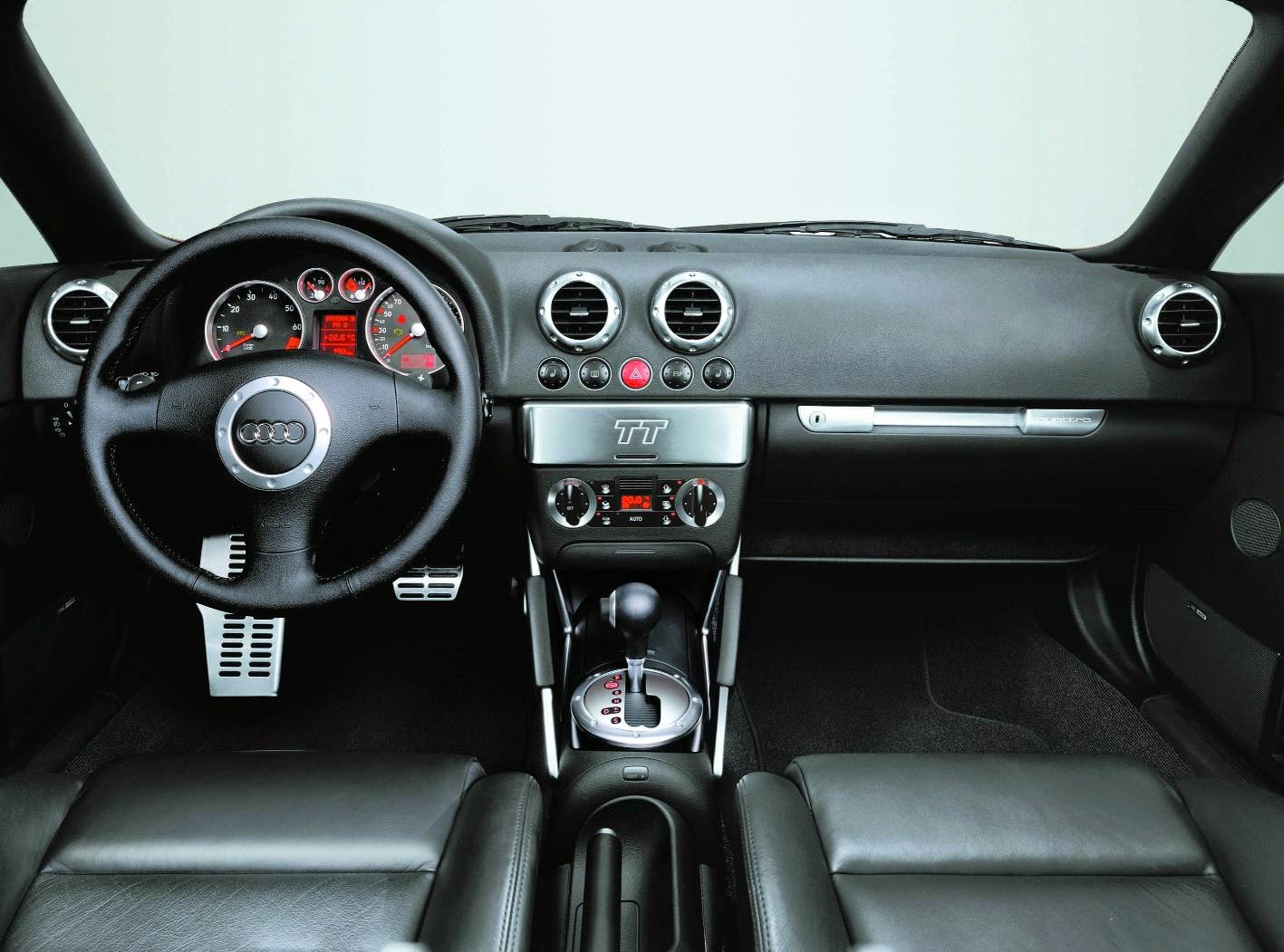 Unfortunately for the TT though the outwardly sports car image wasn't backed up by the cars actual driving experience. The media at the time was right, the Mk1 TT was essentially a Mk4 Volkswagen Golf under the fancy skin, probably VW's least sporting Golf ever. It meant the TT had a MacPherson strut front strut setup and a torsion beam rear end. Blasting down a twisting country road was not the TT's strong suit. Power in the base 1.8 turbo TT wasn't phenomenal either, mustering only 132kw it could get to 100km/h in a little under 8 seconds. A Lotus Elise rival the TT was not. However Audi did address performance concerns with the TT Quattro. Featuring a Haldex AWD system the rear torsion beam was replaced with a multi-link rear end and the 20 valve turbo motor was upped to 165kw a 6 speed gearbox installed and 2 seconds were shaved from the 0-100km/h time. The TT was now definitely sportier but still lacked the poise and precision of its predominantly RWD rivals. 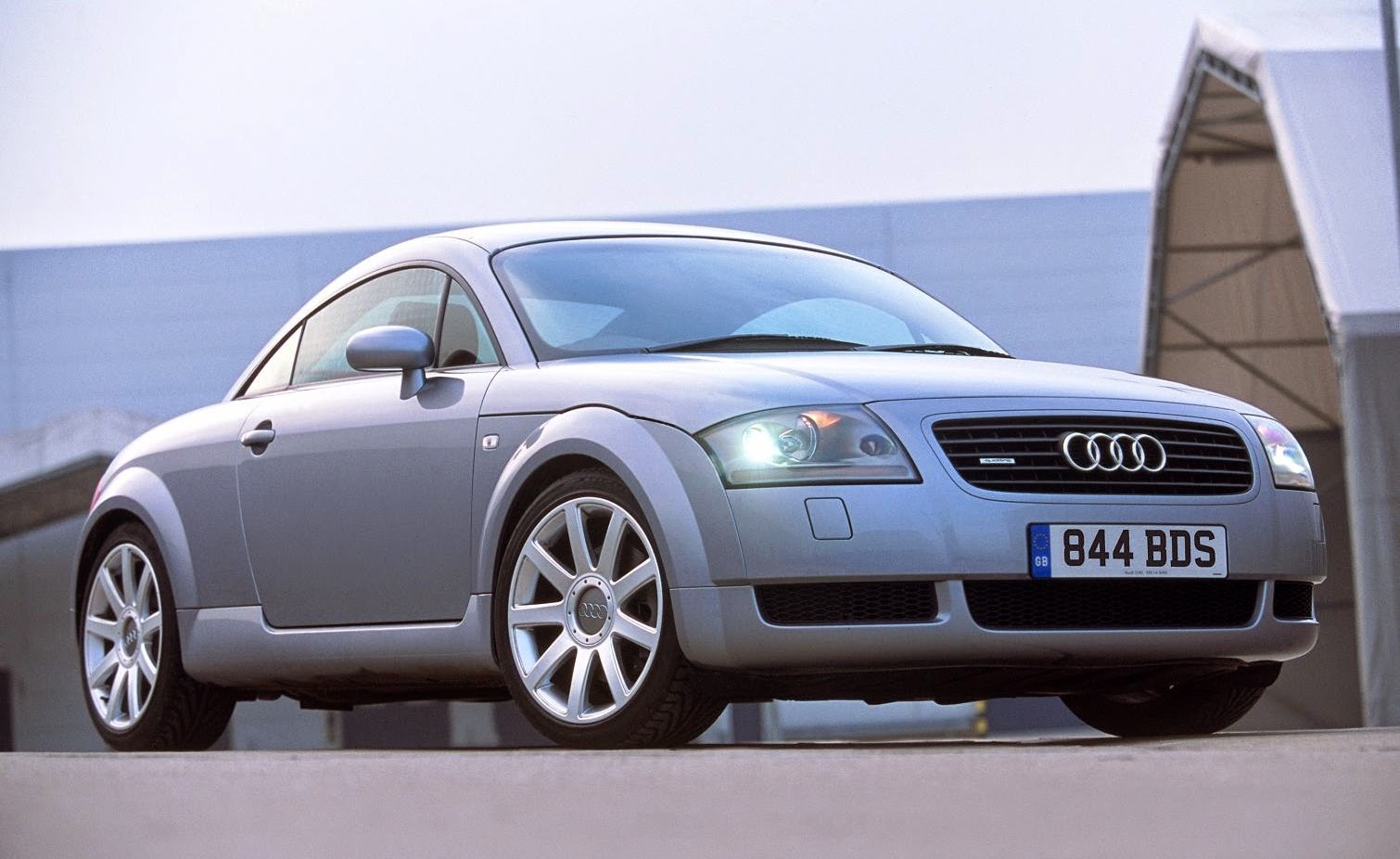 The use of familiar VW parts means however, that despite pricey appearances a Mk1 TT is a relatively easy and cheap car to maintain. And with regular servicing the turbo engines just go on and on. 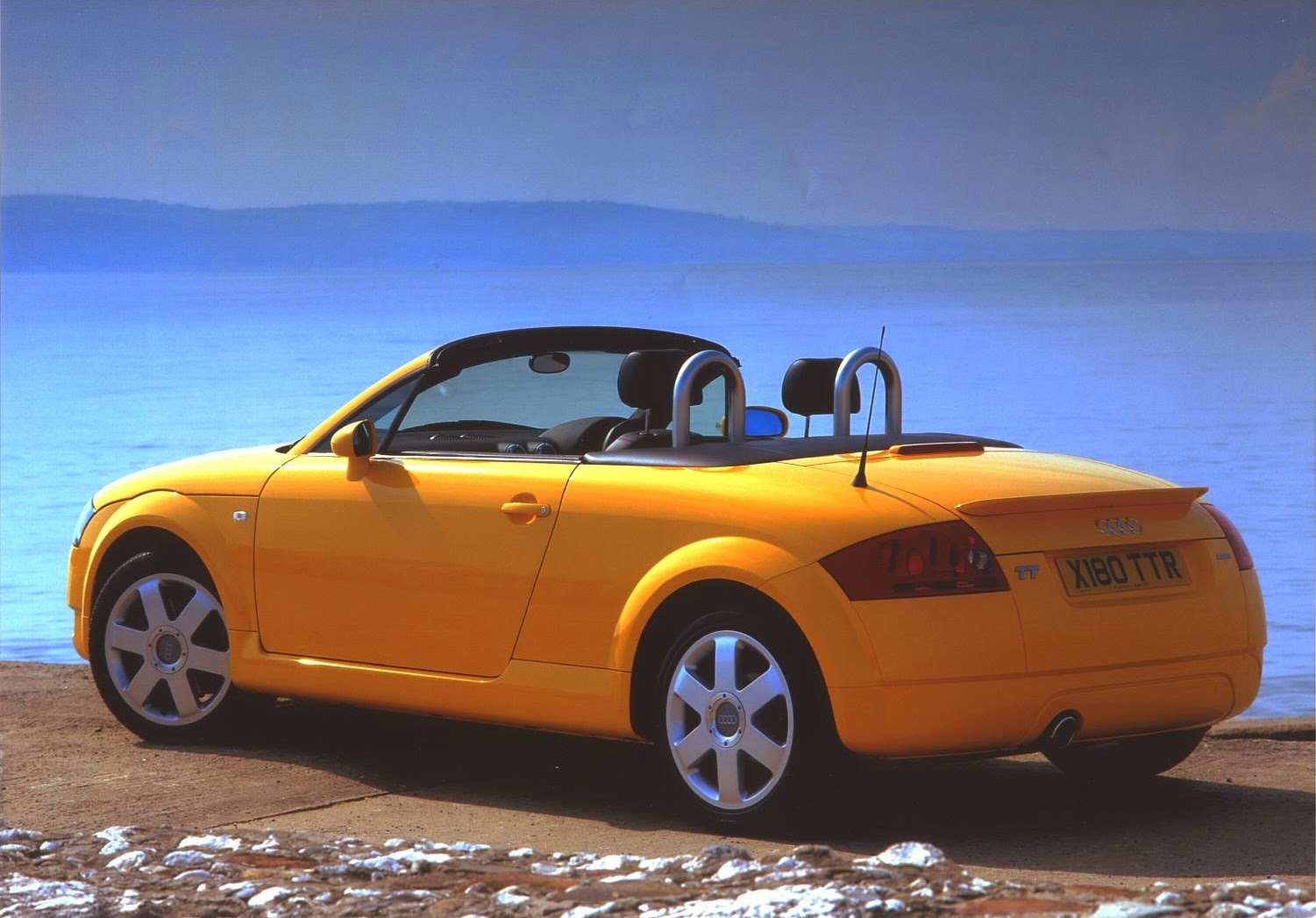 To conclude, the TT managed to be daring and different in a very restrained Audi manner, it wasn't until the R8 that Audi managed to pull this trick off again. It might be a bit of a wet blanket to drive but who cares when you could look so darn cool behind the wheel. There's a reason all the posers bought one in the first place you know! I urge you to consider a TT, have a look at the few I've picked out. 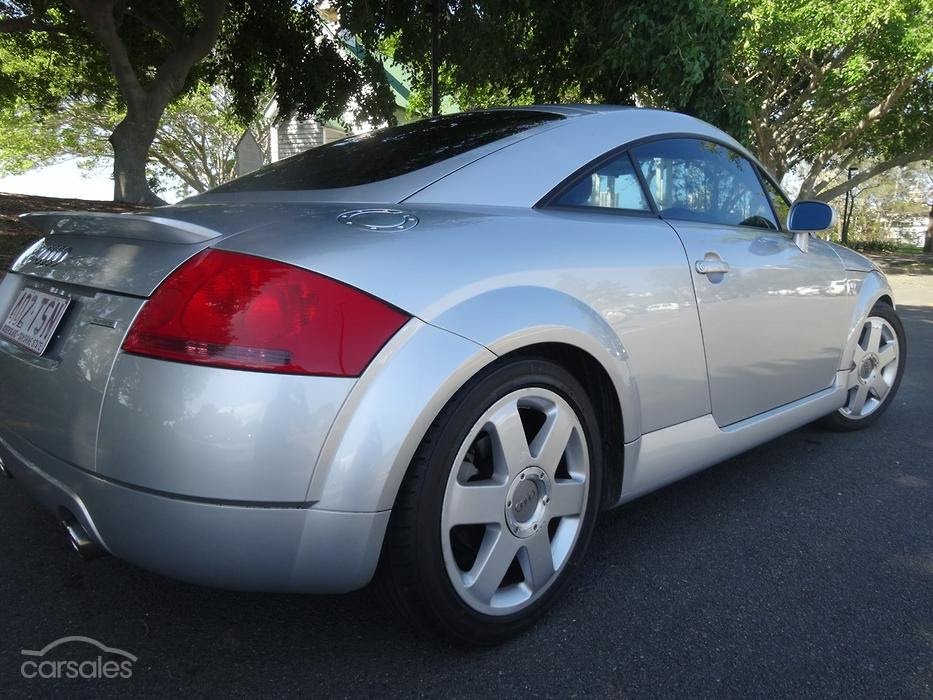 Only a months rego left but a new clutch has been fitted, low km's for its age and it's a quicker Quattro car, this TT appears to come from a very loving owner. I don't know about the red leather making it more sporty, as the seller suggests, but it does certainly make it stand out. A very tempting car in classic Audi silver. 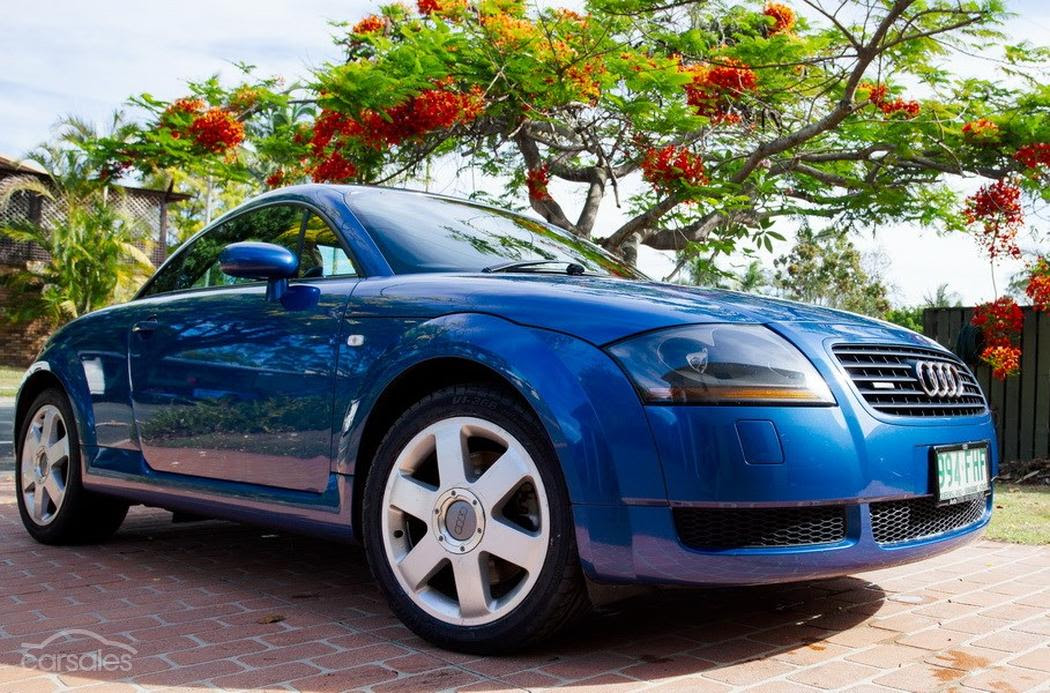 Another Quattro, this time in blue with black leather. Detailed advert, almost like a review, tells me this owner is very fond of their TT. Should mean it's been well cared for, also has the optional Bose sound system installed. Long rego and low km's make this an equally temping TT! 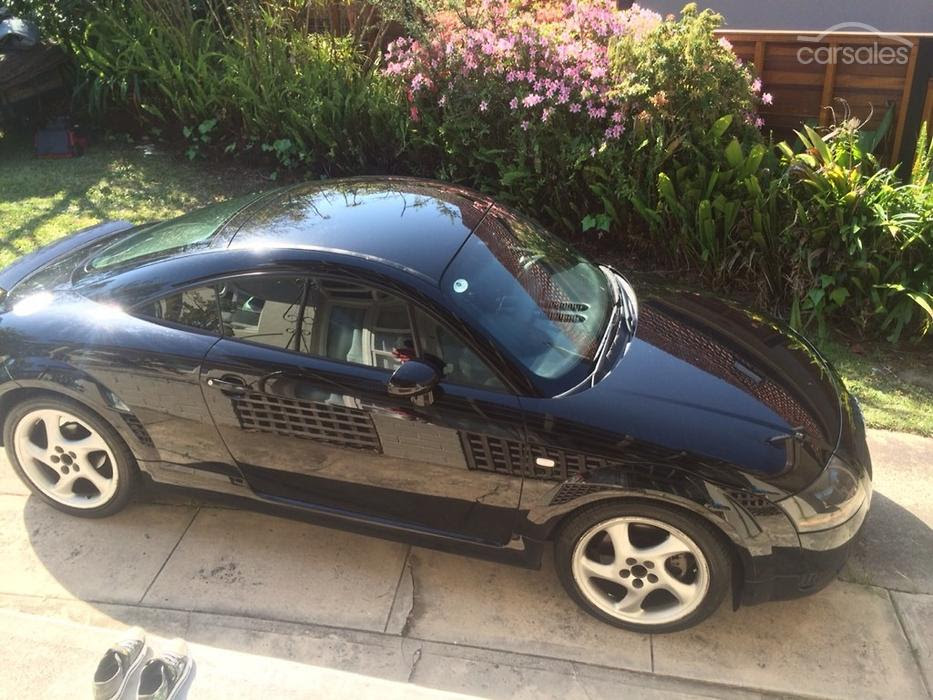 Higher km's and only a FWD car means this TT is an absolute bargain. Just been serviced and re rego'd which is a bonus and comes with a natty set of Porsche twist style 18 inch alloys. All in, not to bad a car for the money.