Summertime tends to mean convertible time and BMW are cashing in on the good weather with this, the BMW 2 Series convertible, available from the end of February 2015 in Australia starting at $54,900. Let's have a closer look at the specifications and those all important prices in more detail. 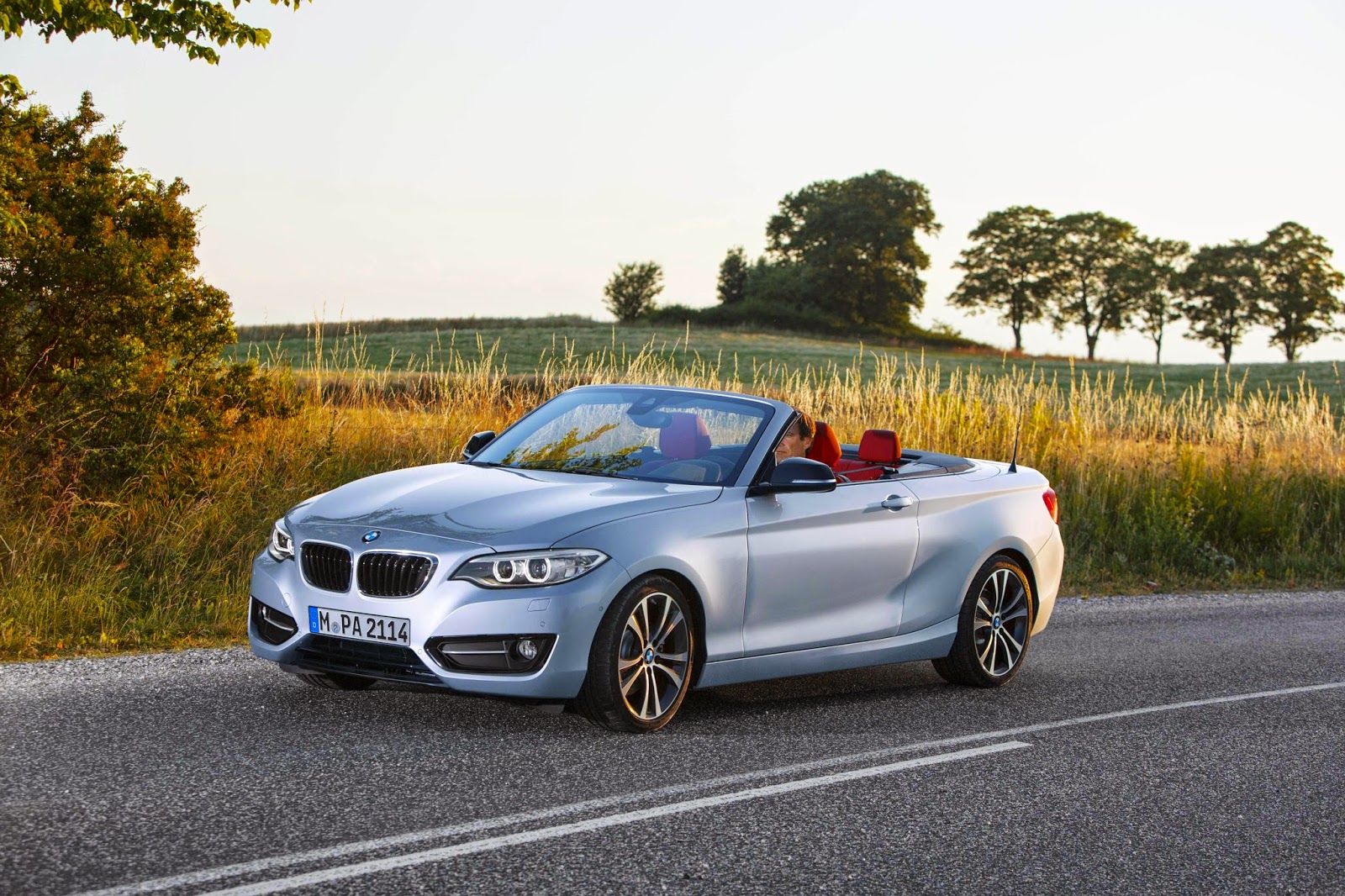 What you need to know

First thing you need to know is that the 2 Series convertible will be available in 3 guises, 220i, 228i and M235i. The latter car being the most interesting if your of a spirited drive disposition, but more on that later. Standard features on the 2 are impressive, 8 speed auto box (no manual will be offered), drive experience control (eco, and sport modes etc), parking sensors, cruise control with auto braking and a rear view camera all come for free on the new 2. And that fabric roof rises or drops in 20 seconds at speeds up to 50km/h too, handy should you get caught in a sudden downpour. As mentioned pricing for the 220i starts at $54,900, while the 228i will set you back $68,900 and the M235i a hefty $85,800. All the cars benefit from BMW's clever TwinPower and Efficient Dynamics technologies meaning they can delivering both performance and economy, even the baby 220i is a seriously capable car, with 135kw it can dispatch 0-100km/h in 7.6 secs. The 228i ups that power figure to 180kw from the 4 cylinder while the M235i develop's an impressive 240kw of shove from the twin turbo charged straight 6 it shares with the M235i coupe and M135i hatch. 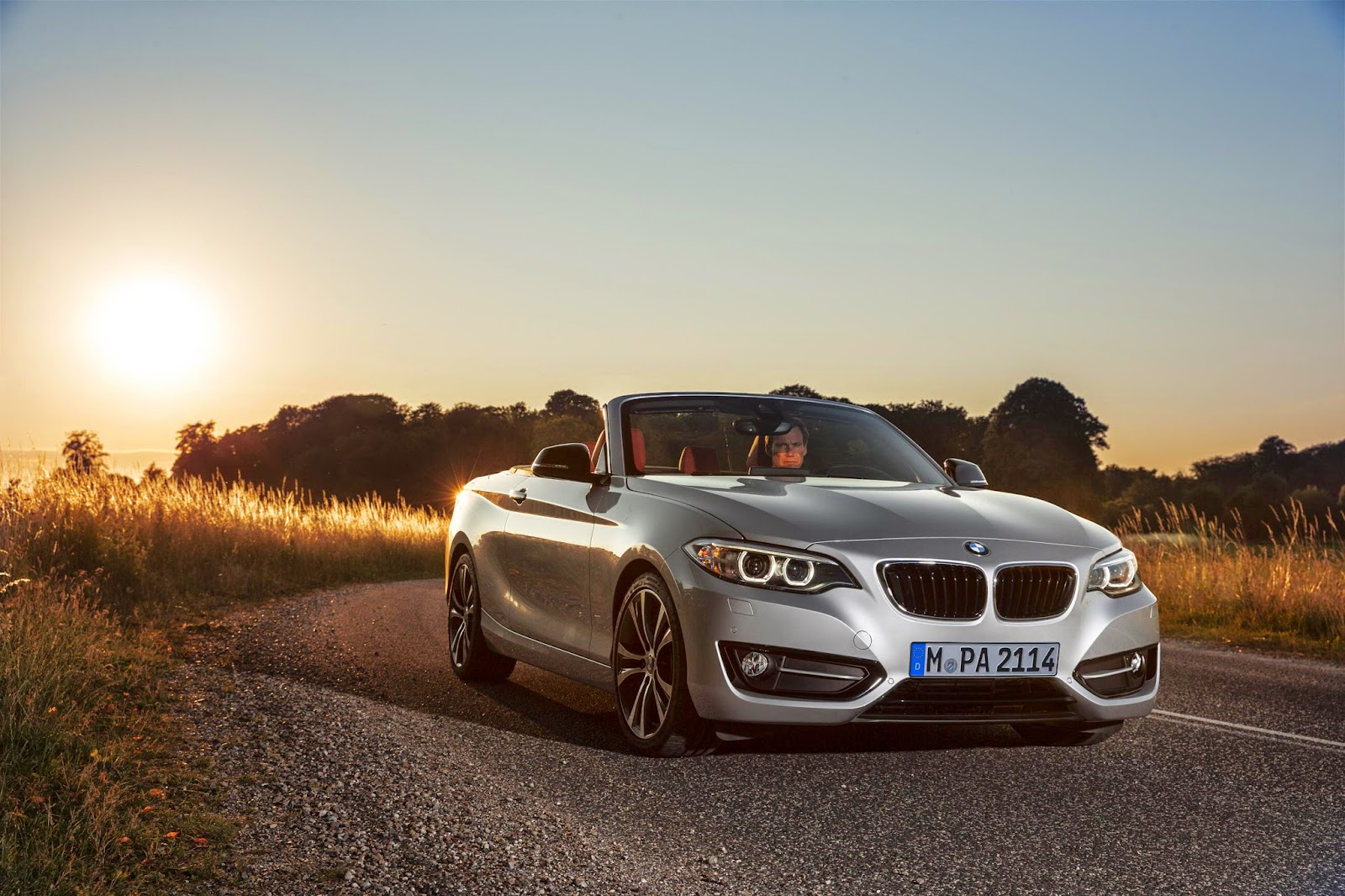 Now power is all well and good but has lopping the roof off the 2 series hindered it's dynamics? BMW doesn't seem to think so, the convertible was engineered in tandem with it's coupe sibling meaning that extra strengthening was built into the car from the word go. BMW claim that the 2 series convertible has 20% greater torsional rigidity and 10% increased bending strength over its 1 series convertible predecessor. Low weight components, a low centre of gravity and a equal weight distribution are all other elements engineered into the little RWD convertible. This should all translate to better road manners and stability from the 2 series cab when the road gets twisty and as a bonus adds extra strength in the event of a crash, not that we want that to happen. 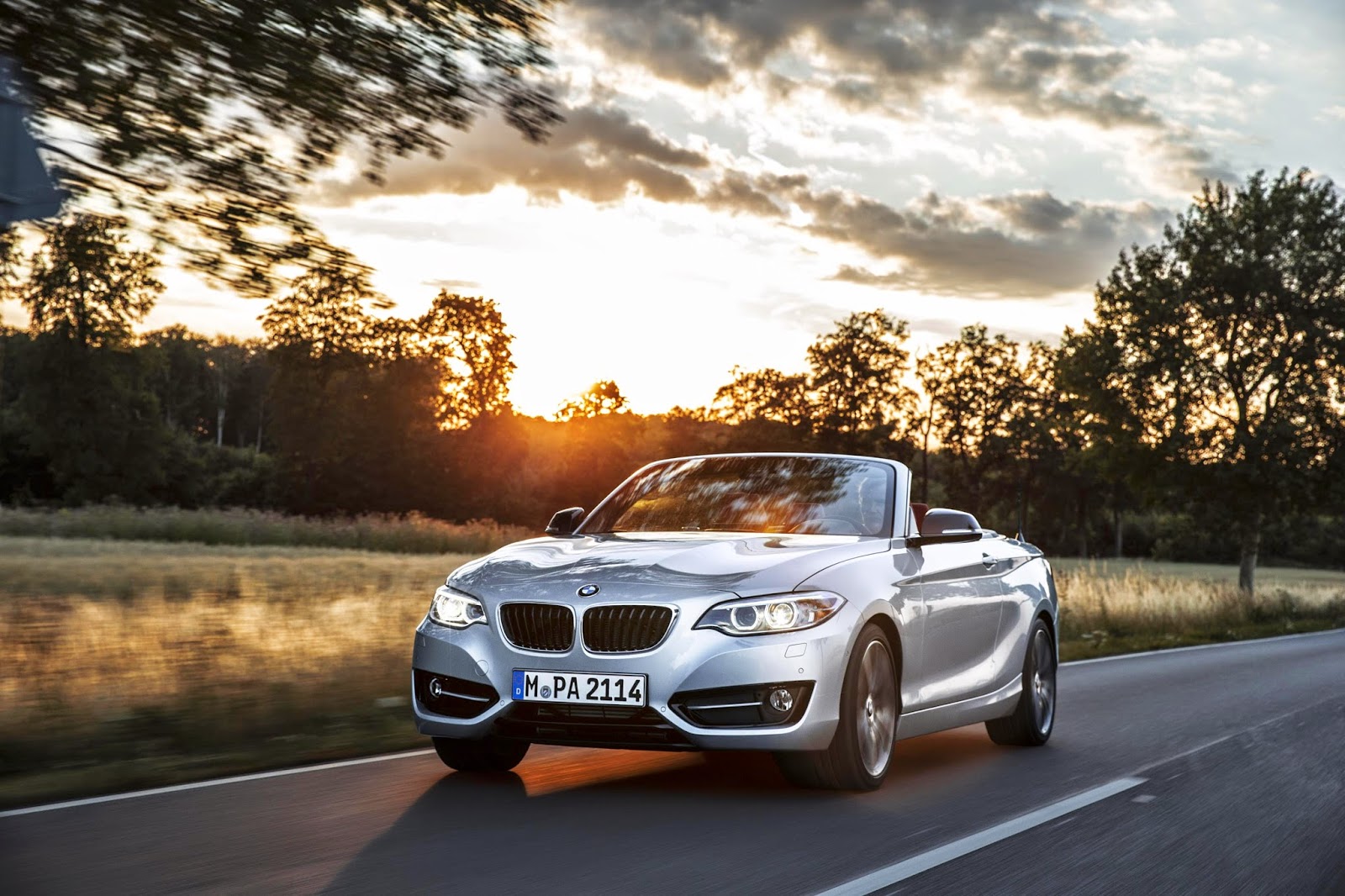 Removing the roof has obviously dramatically altered the appearance of the 2 Series, and in my opinion for the better. The convertible sits lower, especially on the move and the wheels fill the arches nicely looking less like coasters under a sofa, providing you option the right wheels of course. Another bonus of the 2 is its size. Cars nowadays tend to get bigger with every generation due to ever more stringent safety targets, manufactures essentially have to make cars as cushion like as possible in case you bump into a pedestrian. As a result the 2 now occupies a floor space once filled by its bigger brother the 3 and in doing so the 2 convertible puts me in mind of the original E30 cabriolet of the 1980's. I still won't go as far as saying the 2 series is a beautiful machine but the E30 is an iconic BMW and not a bad ancestor to share a passing resemblance with.

Now having already discussed how increased structural rigidity benefits the 2's road holding lets see how the M235i takes the driving experience a stage further. As standard the M comes with a Sport+ plus mode setting on it's drive experience controller. This setting sharpens throttle response, stiffens the dampers, weights up the steering and quickens the gearshifts. M cars also get sports seats, leather steering wheel, 18 inch alloys, better brakes and a more aggressive skirt/bumper combo. All this should make the M235i an absolute hoot to blat down a lovely road with the sun setting behind.


But I cant afford one

Well don't despair if the 2 Series price tag is a little out of reach, instead why not just go for something with that E30 resemblance I hinted at earlier for a tenth of the price? Why not just buy an actual E30 3 Series? Yes dynamically the world may have moved on leaps and bounds, so the E30 may be a little skittish on a bumpy road compared to a modern convertible and yes it's engine will by now have done a considerable amount of km's but does any of that matter? The E30 convertible was BMW's first big selling cabriolet; it looked angular, 80's and utterly cool and you could too if you buy one! Not to mention the ear pornography you could be treated too every day if you buy a 6 cylinder 323i. Like the one I've found below, only $3900 but it is over in WA. 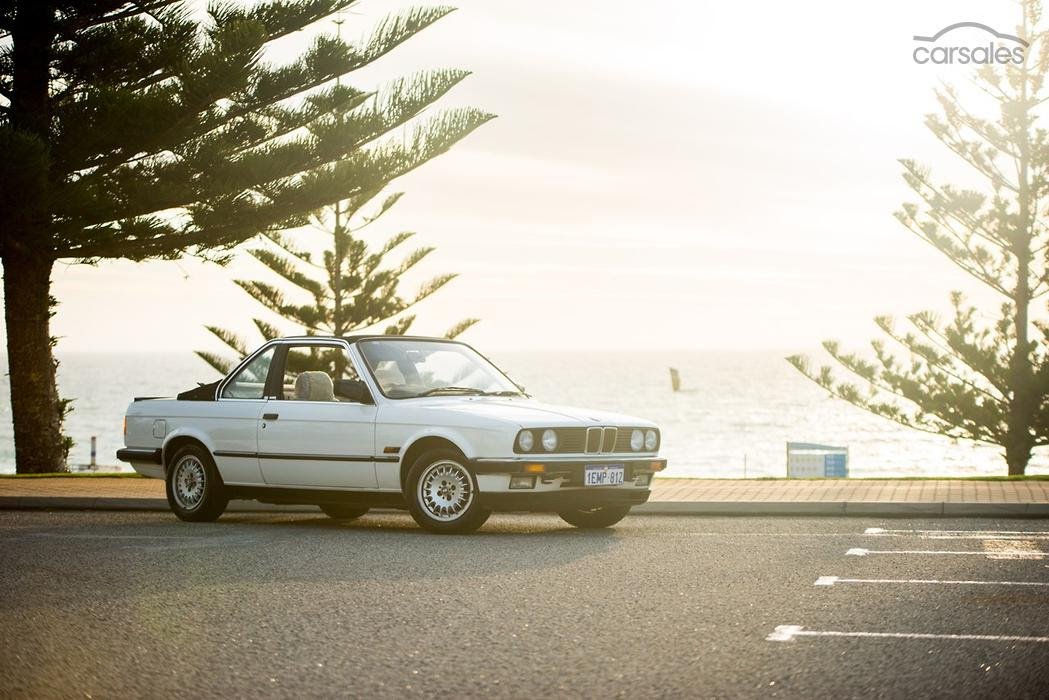