Renault, clearly not happy with setting production car records at both Suzuka and the Nurburgring last year have taken on Melbourne's Albert Park F1 circuit to set another record. In the hands of newbie RedBull driver Daniil Kvyat the most hardcore of sporty Megane's the Trophy-R has set a production car record for Albert Park with a time of 2 minutes 23 seconds. 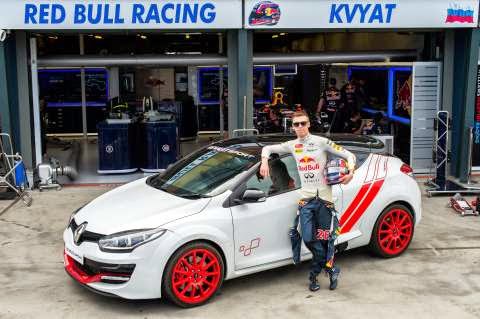 By completing a lap Renault's Trophy-R also happens to be the first ever production car with an engine no bigger than 2 litres to lap the Albert Park circuit. If Daniil had just pushed the car around he would have walked away with the record, but unless you enjoy watching Russians push Renault's that wouldn't have been much of a video would it?.Thankfully Renault filmed the full throttle attempt which you can see below.

Kvyat spoke after the lap praising the Renault for it's on track ability, he also noted that the Trophy-R is noticeably more hardcore than the already fairly bonkers RS 275. Delivering 275bhp (hence the name) from a turbo charged 2 litre to the front wheels the Trophy R comes as standard with Renault's Cup chassis. It also has a mechanical limited-slip differential, titanium Akrapovic exhaust system, Öhlins one-way adjustable dampers with composite springs and Michelin Pilot Sport Cup 2 tyres that are specifically designed for the car. The R is also considerably lighter than the normal RS, all these things help improve the way the car communicates with you on the road. 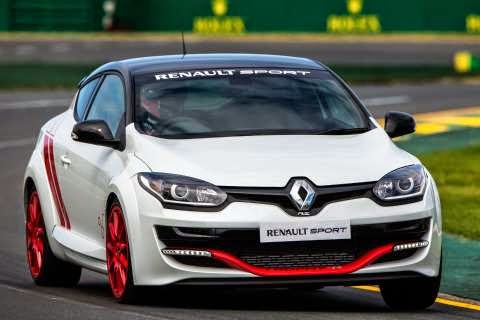 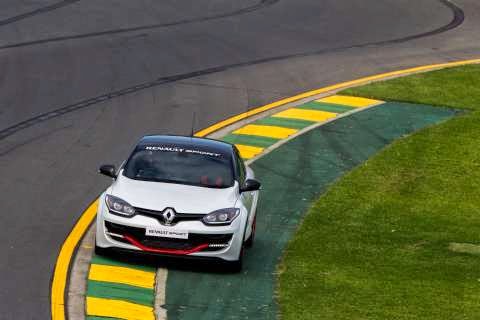 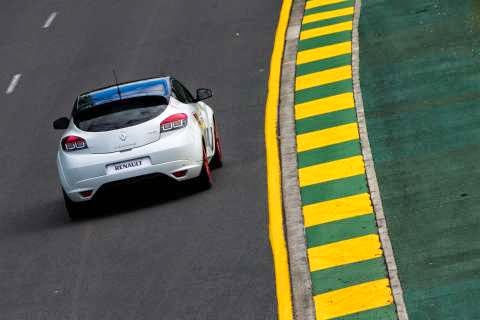 Australia is only being allocated 50 of the global 250 production run Trophy-R's so if you want one best be quick and have a spare $65,000 lying around! It might cost a lot but if an F1 driver thinks it's a good car the chances are you'll think it's pretty awesome too. Find the Trophy-R here. 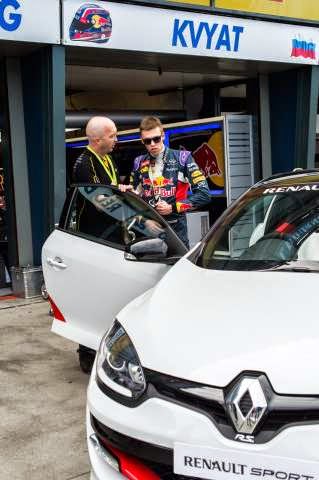