Some 80's BMW loveliness this week that also happens to be super rare and an absolute bargain. It does need some work though. Get your braces on and your massive mobile phones in hand people, I give you the E24 BMW 6 Series, the 635CSi to be precise.

Coming from a time when BMW badges meant exactly what they said on the tin, the 635 was powered by a 3.5 litre (3430cc to be precise) straight 6. Developing 160kw it could take the 1520kg Beemer to 100km/h in 7.4 seconds and if you so wished onto a top speed of 222km/h. Available with an auto or manual the majority of cars left Germany with a self shifter, however this weeks car of choice also has the much rarer manual gearbox fitted meaning that legendary BMW 6 cylinder and driving experience should be that little bit sweeter when you find the right road.

Visually the 6 is an absolute classic, that shark like nose, shared with early 5 and 7 Series models makes the 6, in my opinion one of the prettiest cars BMW has ever made. The long nose upright skinny "A" pillar, an expanse of glass and short tail coming together to make a classic coupe shape that's gorgeous from whatever angle you look at it. The chrome detailing too is perfectly executed giving the 6 a real sense of class. If you were to buy one you'd be sure to get the neighbors talking, the car still just has so much presence. 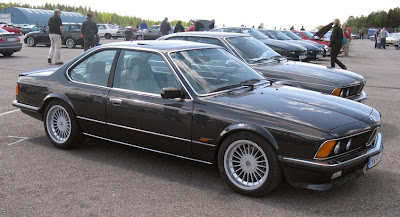 Watching a Shannnon's Club video a few days ago on the 6 only deepened my new found lust for these cars. It turns out they made rather good race cars in Australia, meaning the viewing public went out and bought them, even when BMW Australia couldn't officially import any between 1981 and 1987. People loved them so much they just imported them themselves. Compelled by this information I wanted to see just how cheaply you could get a 635, as it turns out less than $10,000 is all you need.

It will need some work

Ok, I'll admit like last weeks car, the TR7, at this price point the 6 your looking at is likely to need a little work. But clubs exist and parts are available so don't be put off, these cars are bonafide classics and could make a very sound investment the older they get. With beautiful styling, a wonderfully smooth engine and an undiluted RWD BMW driving experience there's a lot to love about the 6 Series, surely they're worth a moment of your time? 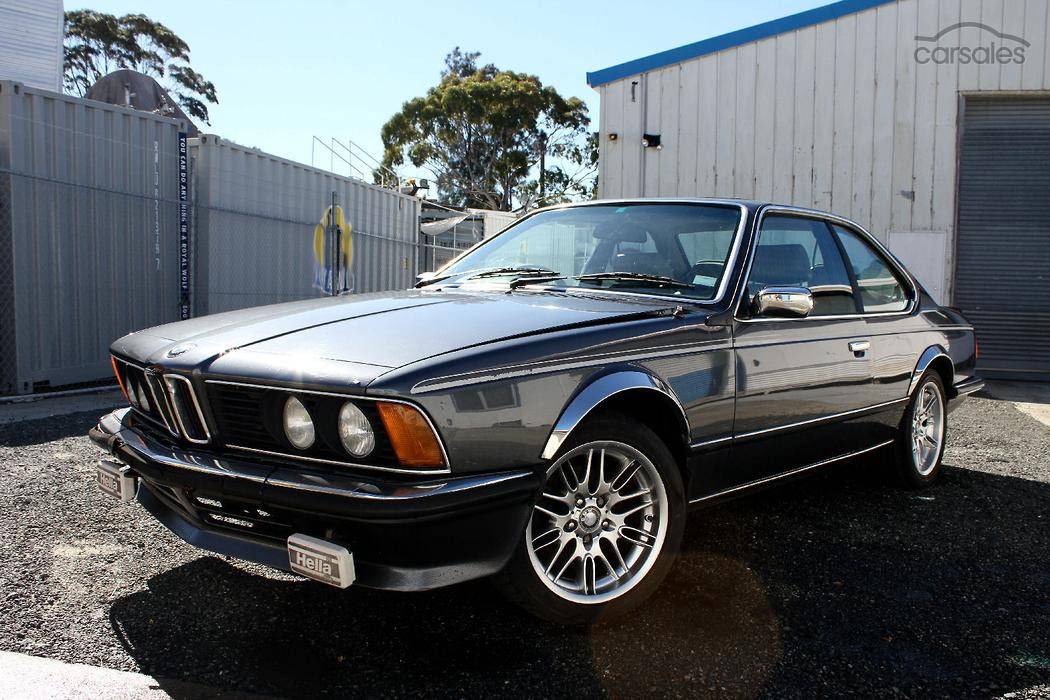 It runs, it looks good, has a not too high 201,000km and crucially it has a  manual gearbox! This 635CSi has all the makings of an awesome classic. The advert however is truthful, saying that the car is for restoration clearly indicates that the shiny paint and E39 5 Series wheels are hiding something. The ad also eludes to this being a rare Aussie delivered manual as well, but the fact that this car is from 1982 and BMW stopped shipping them into the country in 1981, means that actually it's most probably a private import, just something to bear in mind if you were to try and trace it's past. Unclear history aside though for $8500 this 635CSi is one seriously tempting vehicle.