The Volkswagen Type 2, more commonly know in these parts as the Kombi was at one time just a van, but these days this once humble load lugger is now hot property. Maybe its the iconic design, the mechanical simplicity or it's unshakably cool image, whatever the reason Shannons auctions are expecting a couple of 60's Veedubs to make big money when they go under the hammer. 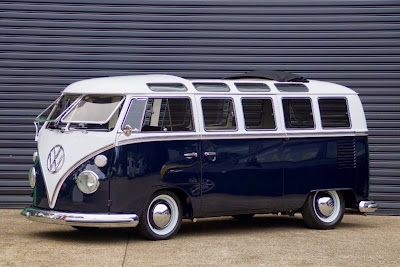 Here are some details to get the geeks excited out there, the first bus being offered is a RHD 1966 Volkswagen De Luxe 21 Window Samba Microbus which features two rare period options; a steering ignition lock code name M056 and a very rare sliding side door named M164. The van itself has undergone major restoration and modernisation, now sporting white over blue paint instead of the original factory red, a 1641cc engine, new suspension and front disc brakes, Shannons expect a scarcely believable sale price of $100,000 to $130,000. 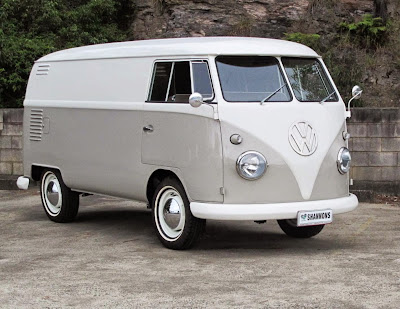 The second van being offered is literally just that, a van. A 1962 split screen windowless panel van to be precise. Unlike the Samba this one has no creature comforts and it hasn't been modernised, just restored to it's bare to the bones originality. That means a 1200cc engine, 4 skinny wheels, a couple seats and not much else. And how much for all this basic'ness you ask? Guide price $60,000 to $70,000. 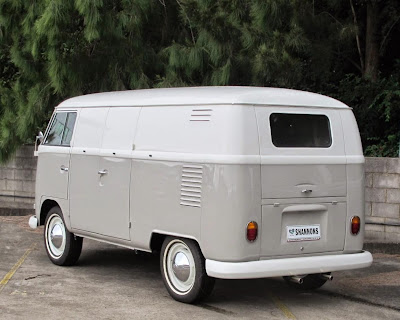 These two don't exactly represent cheap European motoring but they do make a case for being pretty unique in a world that seems to be overflowing with Volkswagen Kombi's. If you can afford one or just fancy seeing people who can head down to Shannons late Autumn auction in Sydney on the 18th May, where other lots include a Ford Model T, Sierra RS Cosworth, a 70's 911 and a Jag XK120.