It is Monday, which means it's time for my exciting new feature, car of the week! An excuse for me to look at cars on the interweb. As this is my first ever car of the week I am going to do more than just post up a link to Carsales.com.au and be done with it. No, instead I'm going to elaborate a little, which only seems right given that this weeks car is one of my all time favorites, the Volkswagen Golf, the Mk3 variant to be precise. 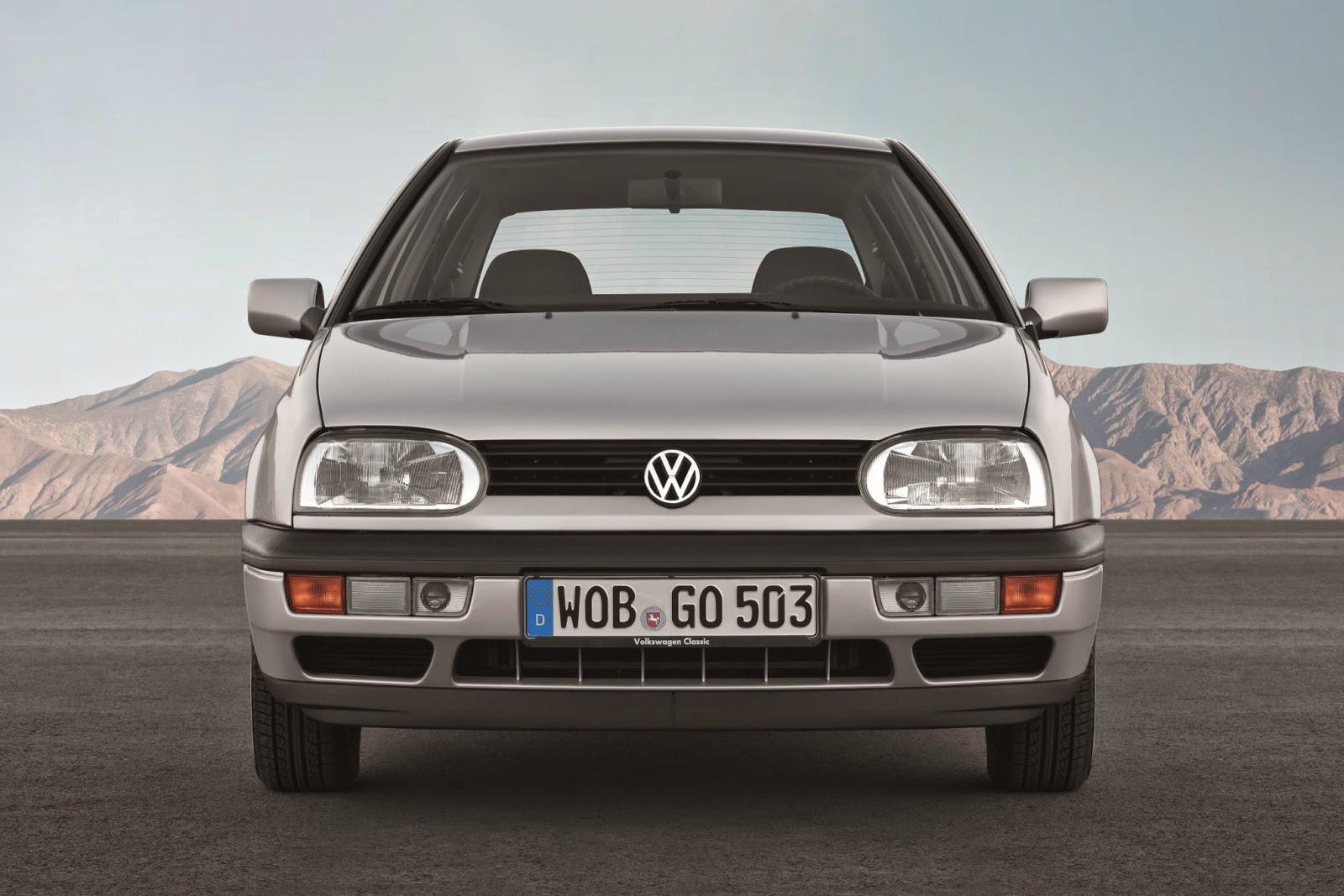 For a long time the Mk3 Golf has been regarded as the runt of the Golf family. It never really lived up to the brilliance of the Mk2 and was outclassed in 1998 when the Mk4 replaced it, moving the Golf image upmarket in the process. In the grand scale of Golfs it represents the difficult chubby teenage years, lacking in quality and character compared to its father the Mk2 and posh younger brother the Mk4.

However as time has passed these thorns in the Mk3's side have withered and here in Australia where Mk2 Golfs are rarer than Unicorn tears and Mk4's still command quite high dollar, even for lowly 1.6 litre auto's, the Mk3 starts to look like pretty good value. There is a lot of Mk3 choice out there from 3 or 5 door hatchback to convertible and the absolute pinnacle of the Golf range in the 90's made it's way down under too, the VR6. Arguably one of the best sounding hatch backs of all time. It is unfortunate that Australia never officially got a Mk3 GTi, but getting the VR6 definitely makes up for that as they now represent not only a wondrous engine note but a potential investment opportunity. If other classic performance Golfs are anything to go by the VR6 is in line for a payday given a few more years to mature.

Now I'm aware it is very much a personal thing but since its launch in 1992 I think the Mk3 has grown into its chubby dimensions and got better with age. It's also reassuring, I feel, knowing you have a VW badge on your car, it may sound ridiculous but honestly having owned a fair few you feel ever so slightly smug.

Volkswagen's also have a unshakably cool image surrounding them, probably the years of Beetles and Kombi buses being driven by hippies helped this come about. The guys over at Mighty Car Mods certainly thought so too when they did their budget street cred film with a Mk3. Admittedly I wouldn't pour beer all over my car to give it street cred, but where I live in Byron Bay, if you lowered a Mk3 enough, put some nice wheels on it and strapped a surfboard to the roof you'd probably get a few admiring glances. A rightful air to the Beetle's "cool dude" image I think.


Car of the Week!

Oh and in case you want to hear what that glorious engine sounds like watch the video below, its mainly a bunch of European men fannying around but the noises are awesome, especially the opening double drive by.