It's Monday again, which means it is time to share with the world my findings on the internet. This week it is the turn of Audi's S3, a bargain way into the world of 4WD hot hatchery that many people overlook. Let me try to explain why you should maybe pay it a little more attention. 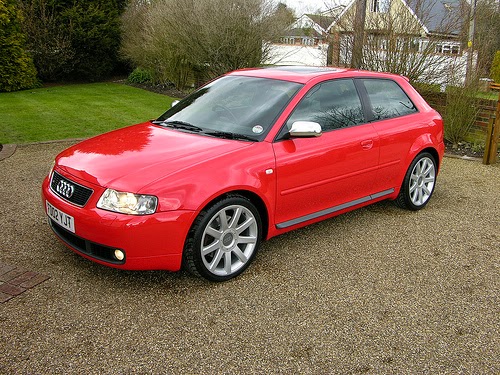 Released in 1999 the S3 brought a bit more performance to the Audi A3 line up. By using the familiar 1.8 litre turbo engine, shared among numerous VW and Audi models, Audi was able to reliably extract 154kw from the S3. A perfectly adequate power output that could haul the baby Audi to 100km per hour in 6.8 seconds, however the S3 had a trump card over it's other rivals. Being an Audi it benefited from Quattro 4WD, not proper full time 4WD I must point out but a clever on demand haldex system that sent power rearwards when the car sensed the front wheels could no longer cope. This meant that despite its weighty proportions the S3 makes a formidable back road warrior.

As well as 4WD the S3 also stole only the best parts from the Audi parts bin, meaning luxuries such as figure hugging Recaro seats, bi xenon headlights and climate control came as standard. More power came the S3's way in late 2000 when the engine received variable valve timing, now making 165kw and dispatching 0 to 100km per hour 0.2 seconds quicker. The car also received a minor face lift like the rest of the 8L A3 range at this time. Differences were minimal, one piece headlights, clear rear lights and a cup holder in the interior are about the sum of the visual enhancements. As mentioned though if you do want a bit more oomph the face lifted car is the one to go for. Refreshingly the S3 also came in some very un Audi like colours, so if you want to stand out from the crowd this could well be your sort of car. 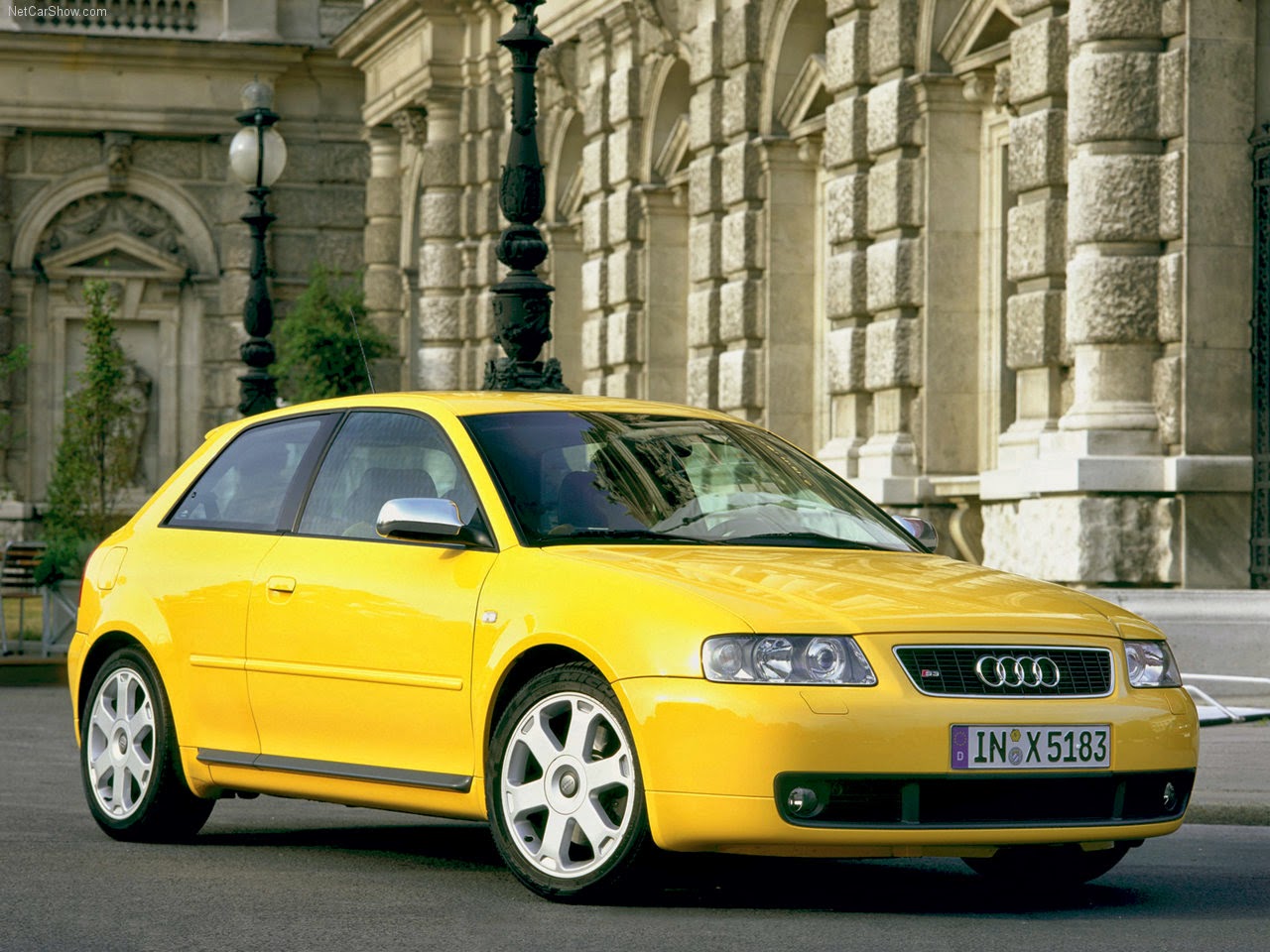 Right I think that is enough yabbering from me for the moment, here are some examples I've found for sale right now at quite reasonable prices. Do yourself a favour, get some vorsprung durch technik in your life, chances are you might also be getting yourself a future investment too. 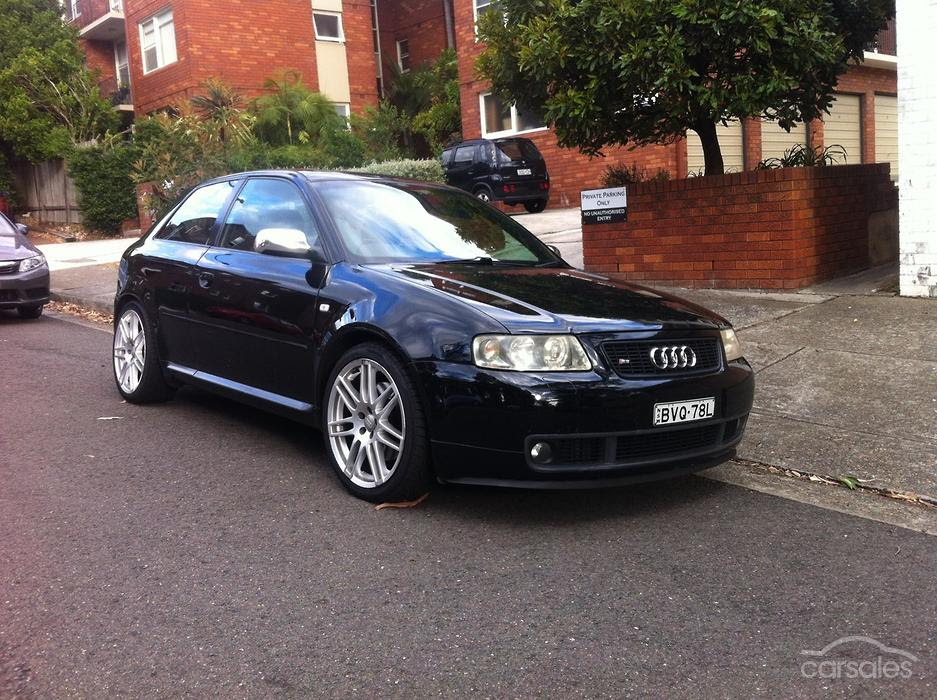 This 2001 face lift S3 might have high km's, but don't let that put you off, a lot of mechanical work has been done to make sure this car just keeps on motoring. Can't really argue with the price either!
2001 Audi S3, $8500 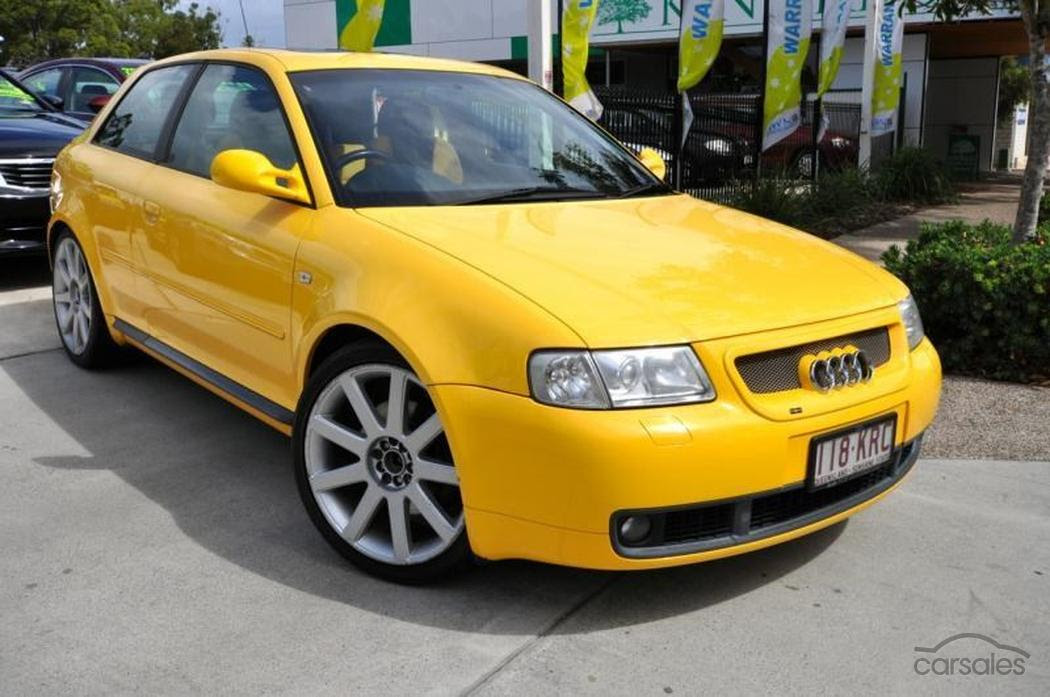 This pre face lift S3 has fewer km's on the clock and comes in a rather splendid yellow! Not much in the way of detail given in the add but the aftermarket grill, mirrors and rear lights mean this could have been owned by an "enthusiast" of sorts. Can spot rare half yellow alcantara Recaro's inside though so might be worth a shot at just under 10 grand.
2000 Audi S3, $9999 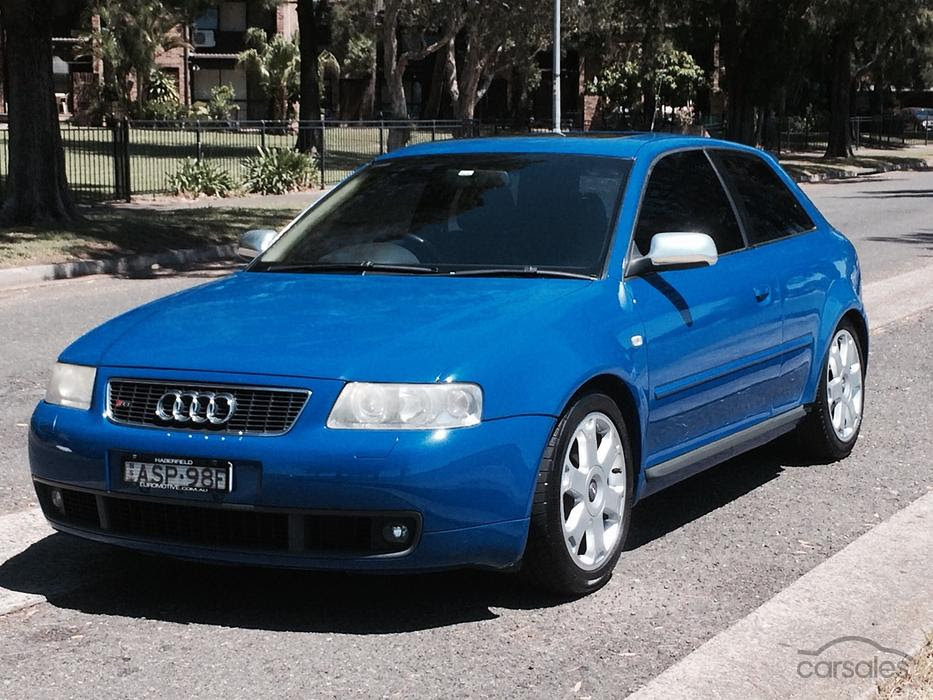 My last pick this week is the one I'd have, a well cared for 2002 face lift model in arguably the best colour Audi have ever concocted, Nogaro Blue. This colour is rarer than others and the relatively low km's slightly justify the higher price.
2002 Audi S3, $11000
Posted by Bruce at 21:26