Hot hatch backs are the have a go hero's of the car world, based on cars you see everyday they offer maximum thrills for not a lot of dollar. Show one a twisty a back road and they'll make sports cars sweat. At least that used to be case, over recent years hot hatches have changed and now don't just keep up with the sports cars of the world, they just outright overtake them. And today see's no let up in the hot hatches quest for even more power, with the unveiling of the new Audi RS3. 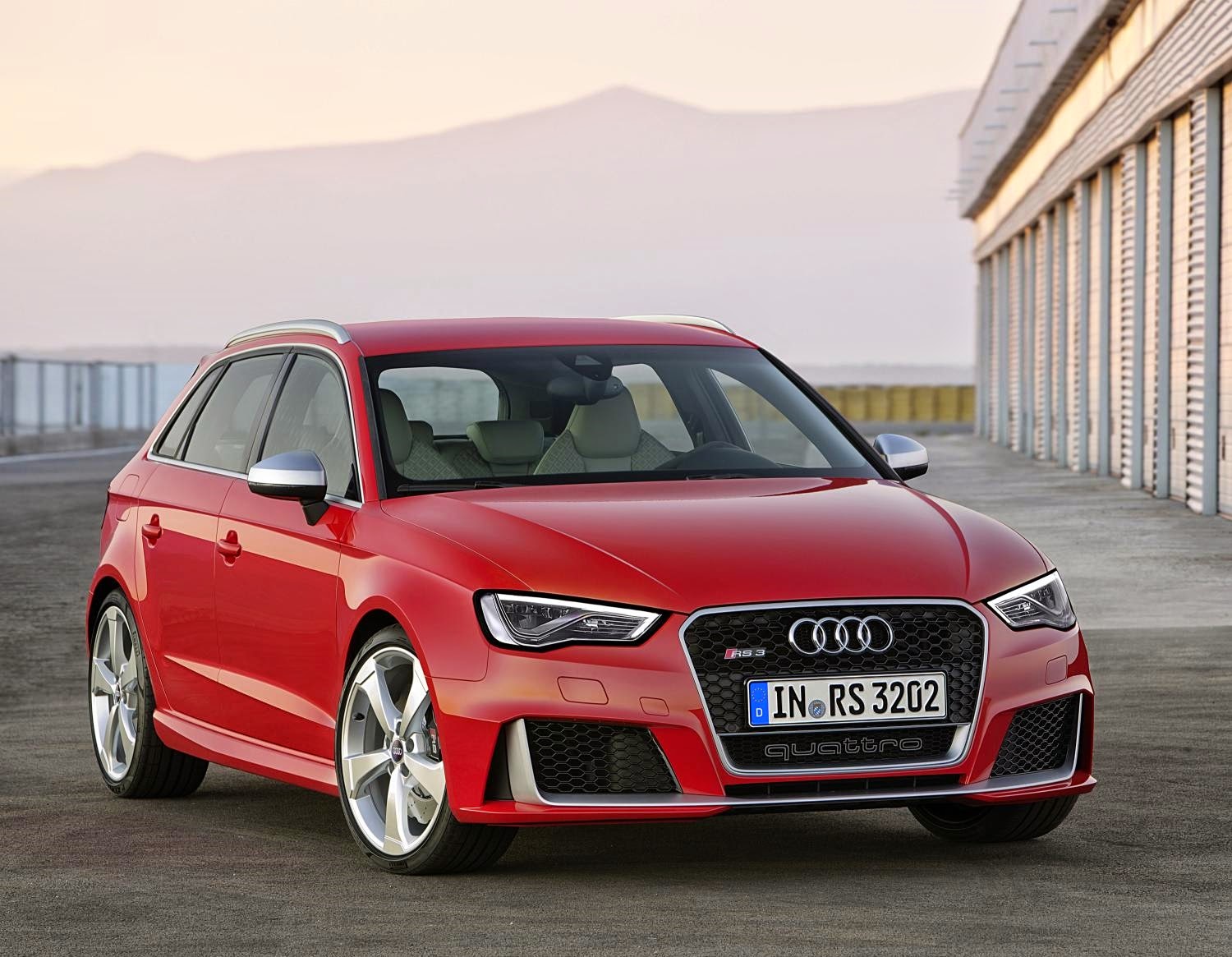 Audi's new RS3 develops a face bending 270 kw and 450Nm of torque delivered to all 4 wheels through Audi's familiar Quattro set up. It can dispatch 100km/h in 4.3 seconds and if you opt to remove the limiter will romp onto a top speed of 280km/h. Blatantly with figures like that Audi have aimed the RS3 squarely at Mercs A45 AMG which for the record makes 265kw. Whereas the Merc uses a 2 litre turbo four though, Audi have made enthusiasts of thrumming engine notes happy the world over by sticking with an updated version of the last cars 2.5 litre turbo five cylinder. Go on have a listen, its wonderful.

Audi's expertise at all wheel drive may mean the RS has the handling edge over its rivals too and judging by the wording in Audi's press release the car definitely has a fun side. With a trick differential and various driving modes, flick the RS3 into sport and it can send up to 100% of its torque to the rear wheels. Audi point out that,

that's what we like to hear Audi! A car that isn't afraid to embrace it's rallying roots. Building the car on the existing A3's MQB platform means this car is not only lighter than its predecessor but also sits lower and wider than the previous Sportback RS3 model. 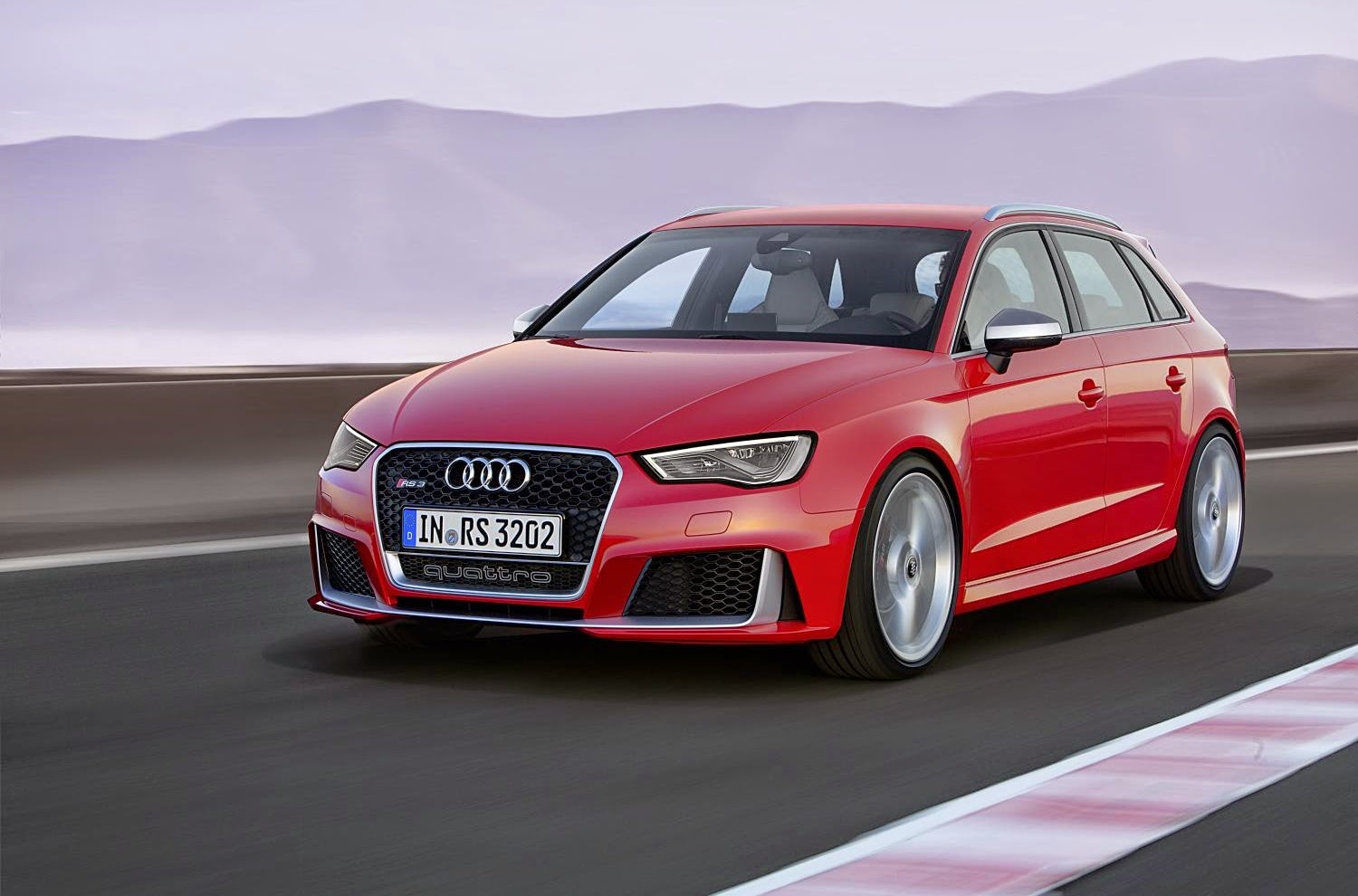 The increased width explains the RS3's flared arches, traditionally a trait of Audi RS models over their lesser powered siblings. The other design touches that signify this as an RS are subtle in true Audi style, but there are enough to hint that this car means business. Things like those massive 370mm front, 310mm rear, brakes behind those lovely 19 inch alloys, a re-profiled rear bumper with diffuser and space to accommodate those large noisy exhausts. There is also a rear spoiler and a smattering of RS badges to convince any left over non believers that this is one very quick hatch back. 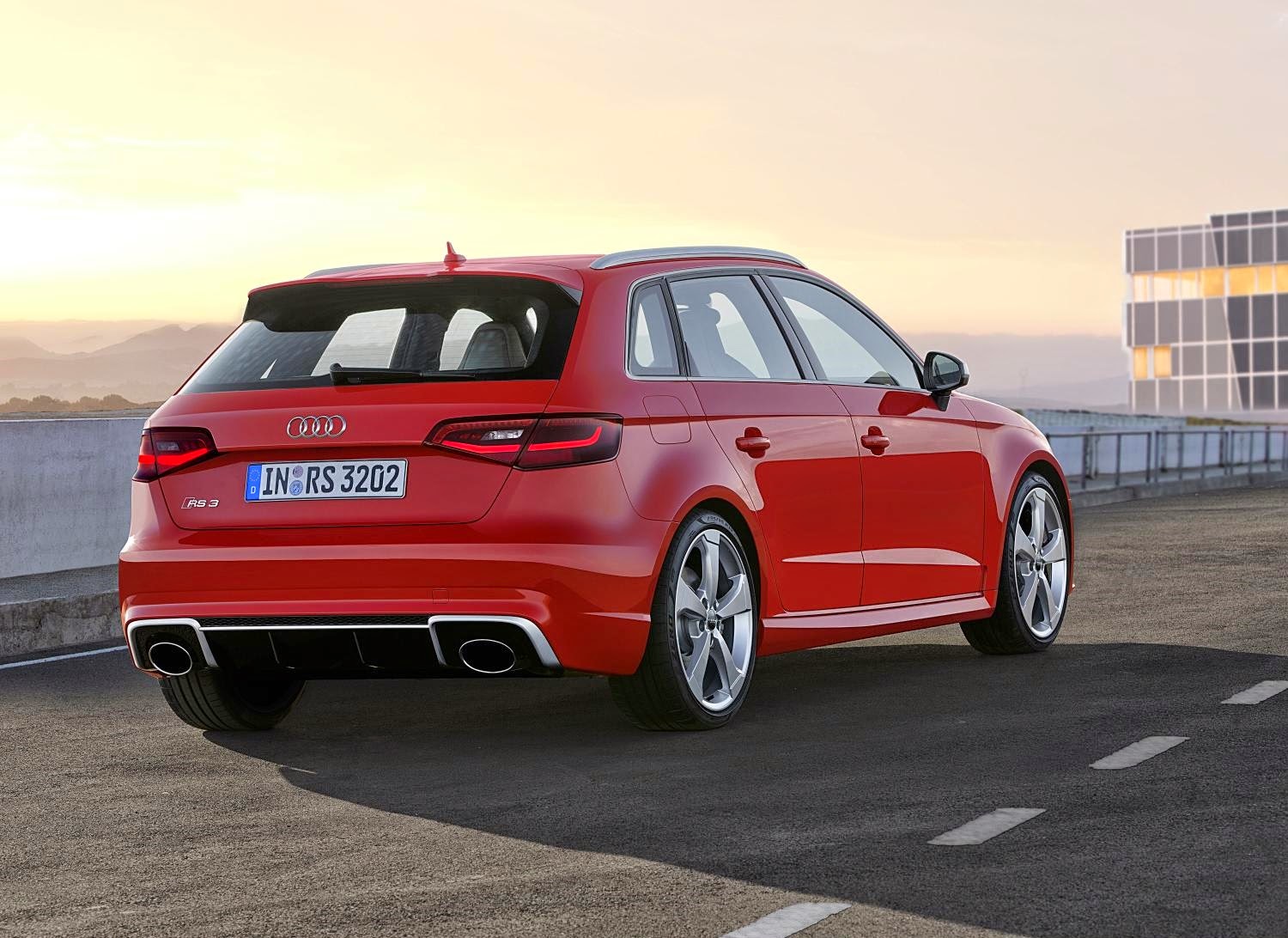 Like any new car, especially a performance one, the options list for the RS3 is long and includes some spectacular and no doubt mightily expensive upgrades for the more committed driver. For example, those big brakes not enough for you? How about a set of carbon ceramic's for your 5 door hatch back? Seats not quite racy enough, then there's the option for light weight carbon shelled RS buckets, with for the first time in a seat like this integrated airbags, just in case that low-friction surface drift goes awry. Magnetic ride adaptive dampers can also be optioned to firm up the car and better the handling even more. There is however one option buyers can get for absolutely free, and I urge anyone who buys this car to opt for it. Audi are offering a no cost upgrade to the exhaust system so you can make your understated Audi slightly less, well, understated. 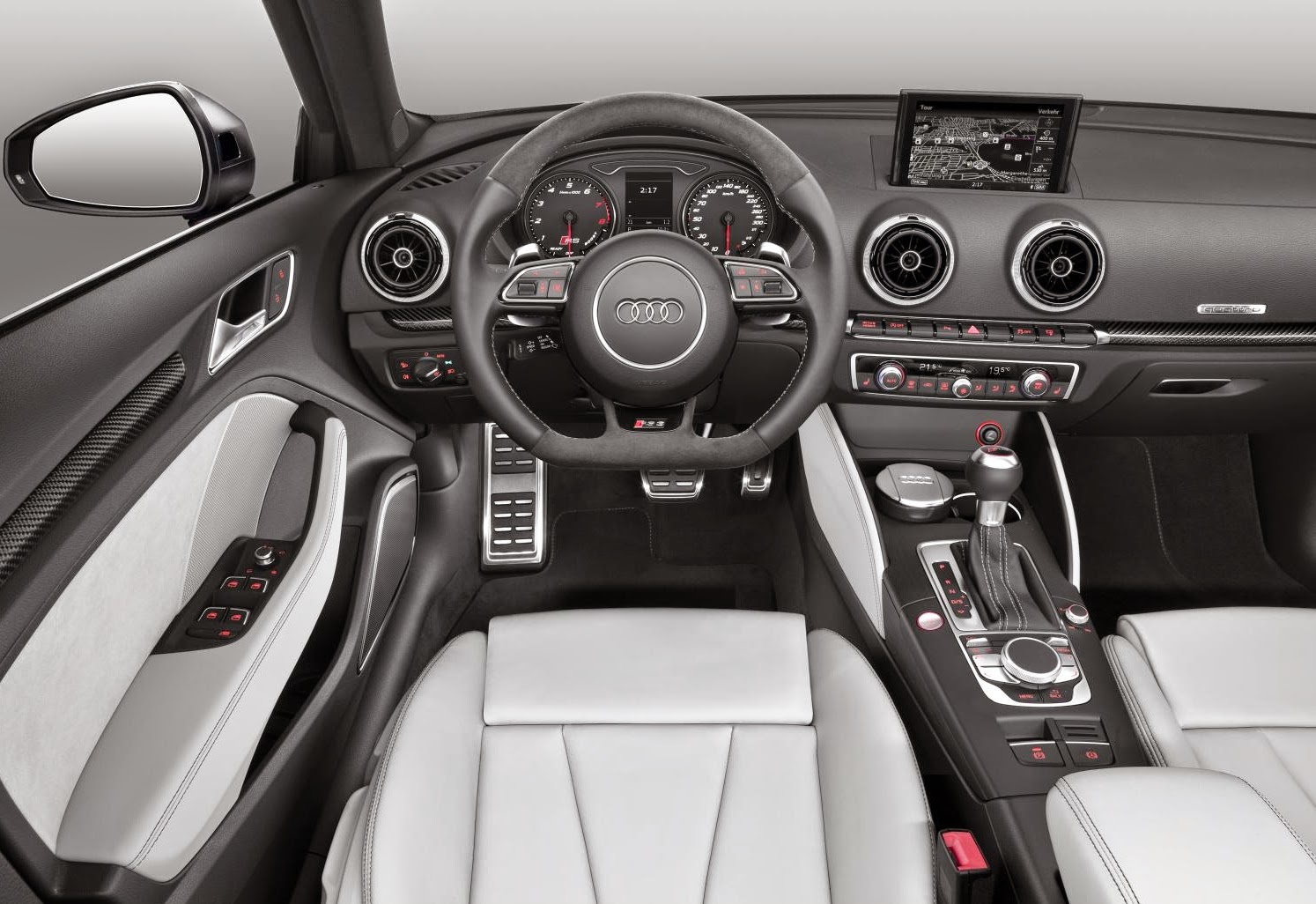 From humble beginnings hot hatches have morphed from cheeky sports car baiting scamps into supremely capable thoroughbred road cars. Audi's new RS3 due for release mid to late 2015 by the way, has taken that already high hot hatch bar and raised it another few notches. Other manufacturers appear to already to be taking note with Ford also today confirming a new Focus RS. I can sense an almighty super hatch war on the horizon.
Posted by Bruce at 16:35