The words in that title statement probably don't fit so comfortably with one another do they? Range Rovers are big, heavy, cumbersome things by nature, how could one possibly pull of a powerslide? After watching this video though that statement might make a little more sense. 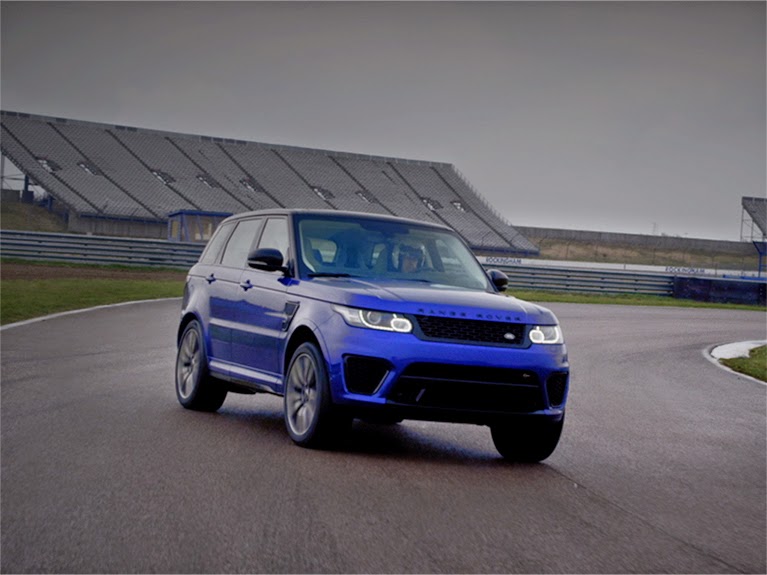 Shot in entrancing slow motion what we see is Range Rovers new SVR taking a sledge hammer to the world of physics by doing exactly what your mind thinks is just not possible in a 2 tonne SUV. Driven by Mike Cross, Chief Technical Engineer for Jaguar Land Rover we see a pretty convincing demonstration of how balanced, poised, controllable and sports car like the new SVR is as he slides it around a very damp looking Rockingham circuit in the UK.
The new SVR in case you aren't familiar is Range Rovers new performance flagship packing a 5 litre supercharged V8 making 410kw and obliterating the 0-100km/h sprint in 4.7 seconds. It is also the car that pummeled its way around the Nurburgring in a ridiculously quick 8 minutes 14 seconds earlier this year. That's a second faster than BMW's 1 Series M Coupe and a 997 Porsche Carrera I'll have you know.

Why the world needs such a sports car like SUV is still up for debate, but much like the ludicrous AMG G63 6x6 I'm pleased Range Rover have had a go. The motoring world would be immensely dull if it weren't for bat shit crazy cars like this. Ones that take a double shot of probability and physics, gargle it, then spit it out in a delicious V8 burble. The SVR will be available in Australia form the second quarter of 2015.
Posted by Bruce at 15:38