You know that dream you've always had, the one where you buy a whole heap of rare cars then build a museum to put them all in? No? Me neither. However one Frenchman by the name of Rodger Baillon did and he almost made it come true. Unfortunately though amassing the cars was the easy part and before the dream could turn into reality financial hardship struck, Rodge's dream was shattered, some cars where sold but only now almost half a century later are the rest being offered for sale. 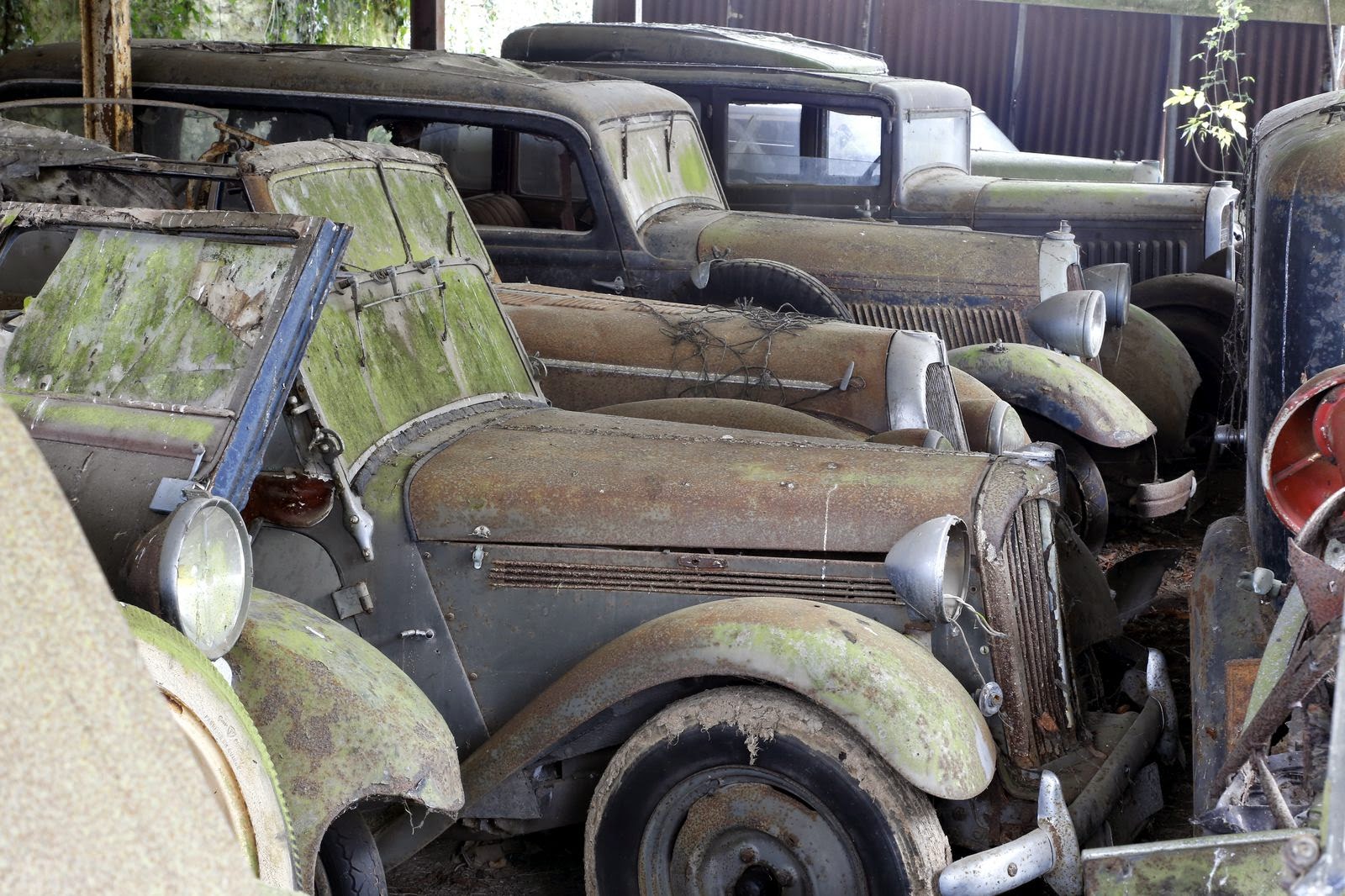 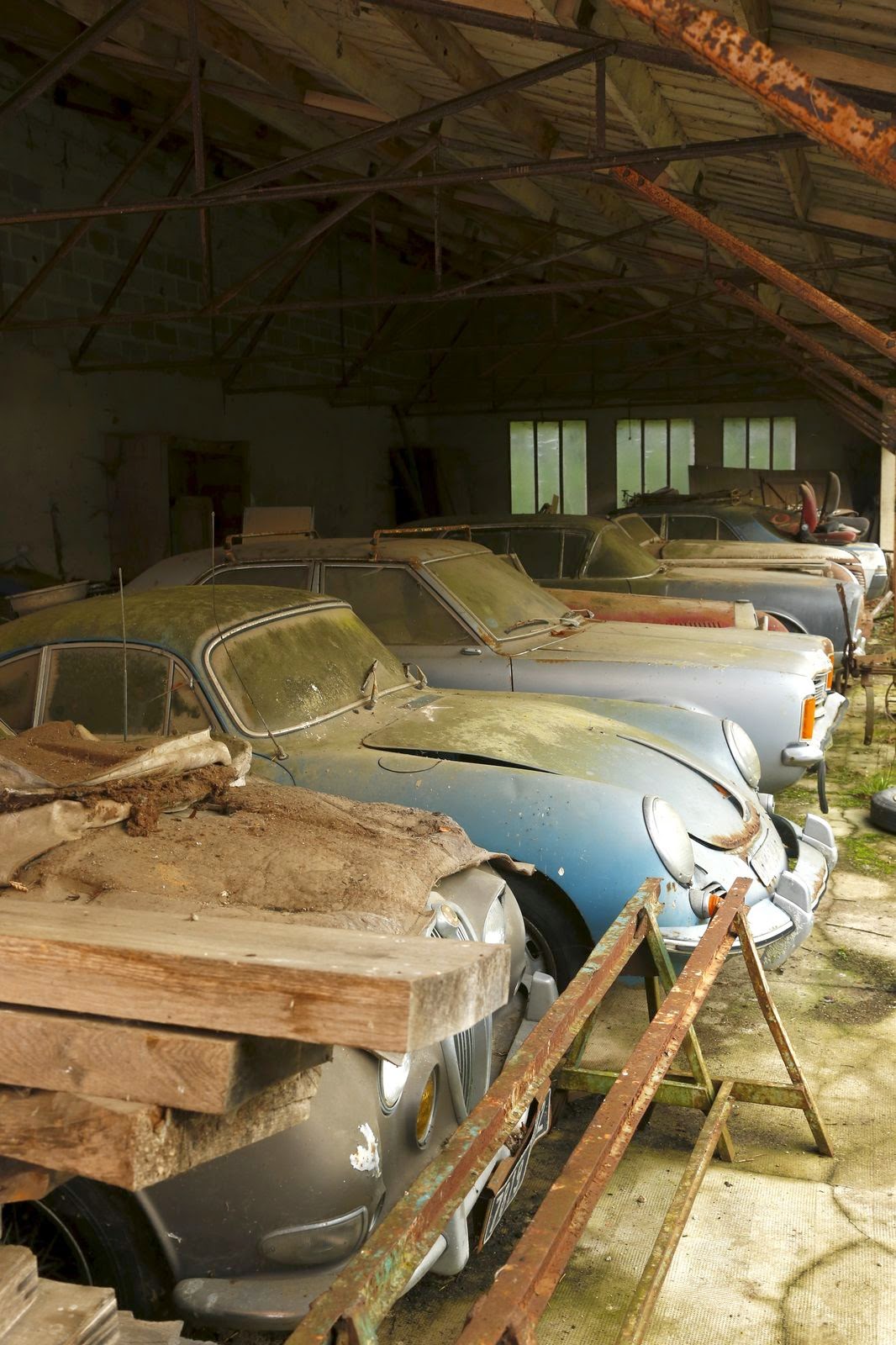 Rodger Baillon was a transport company entrepreneur and throughout the 1950's, 60's and 70's he
spent his wealth on some of the worlds most exotic machinery. Coach built masterpieces from Maserati, Ferrari and Bugatti where bought and tucked away in make shift sheds ready to be displayed in an as yet unbuilt museum showcasing the very best in automotive treasures ranging from the very beginnings of motor manufacture to the present day. The cars however never made it into that temperature controlled museum, Rodger's company came upon hard times, the dream was abandoned and so unfortunately where the cars he had collected. French Auctioneers Artcurial who discovered the stash of cars are now faced with selling them on in what could be the worlds most expensive sale, of essentially, scrap cars. 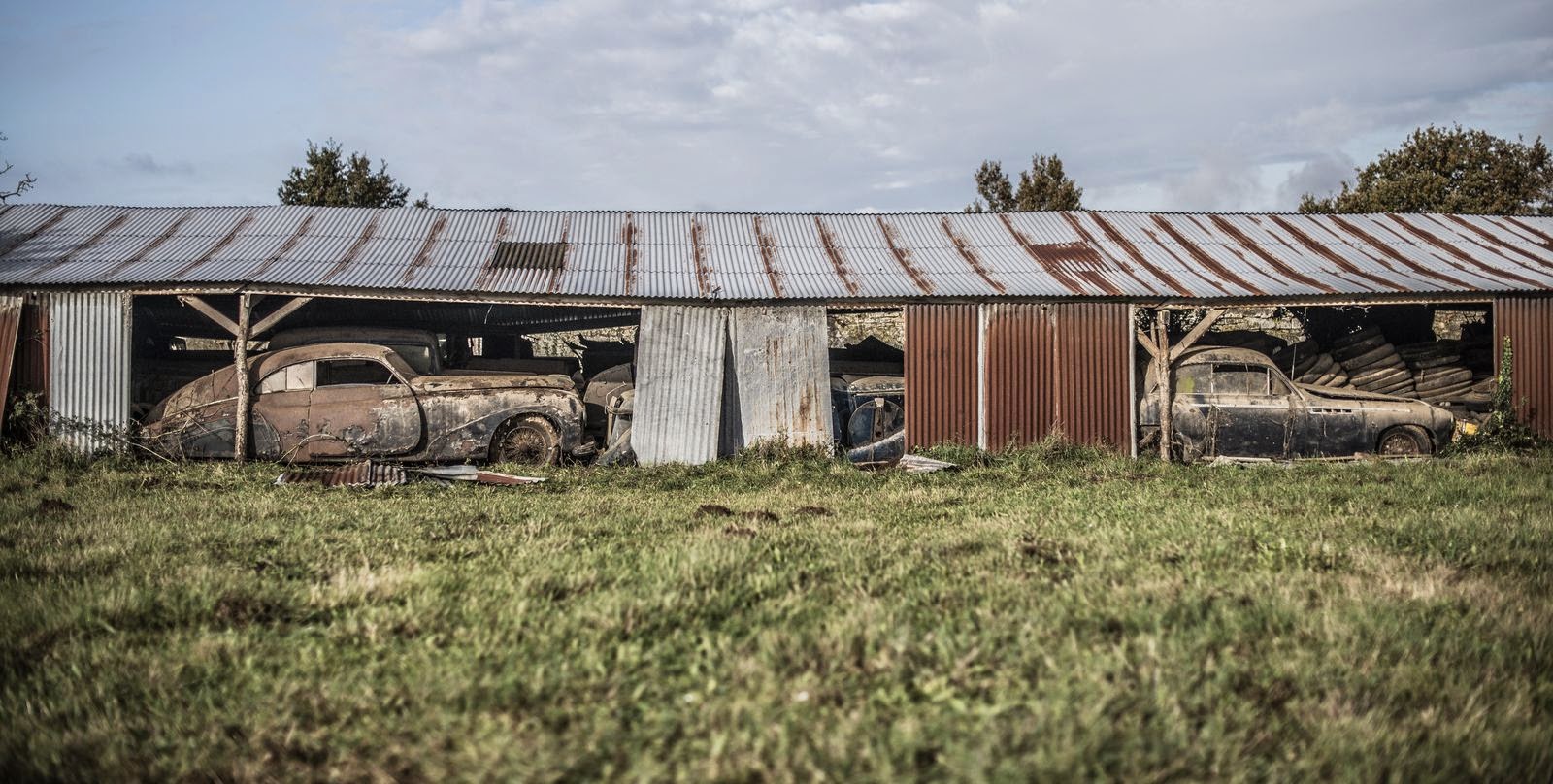 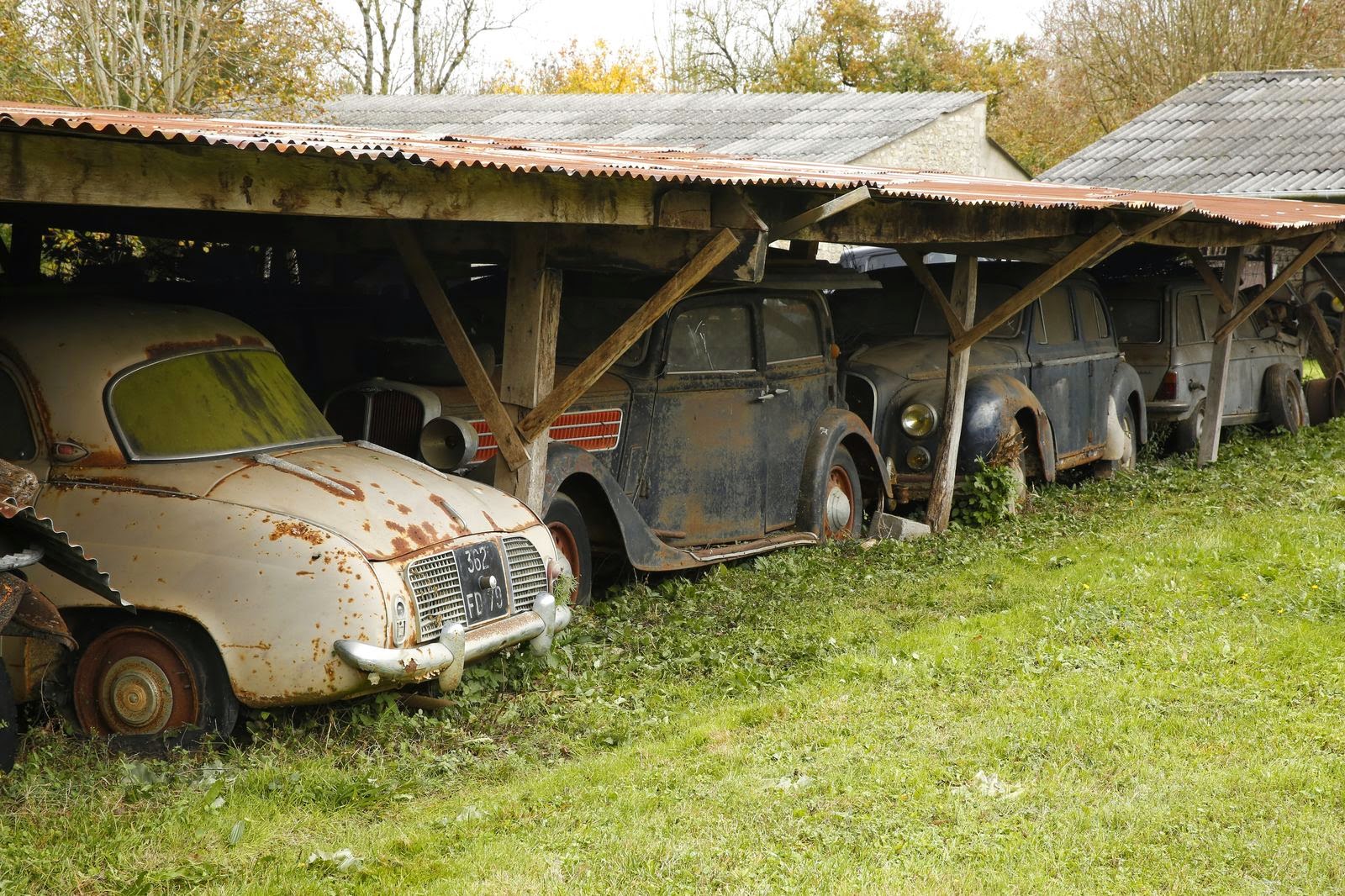 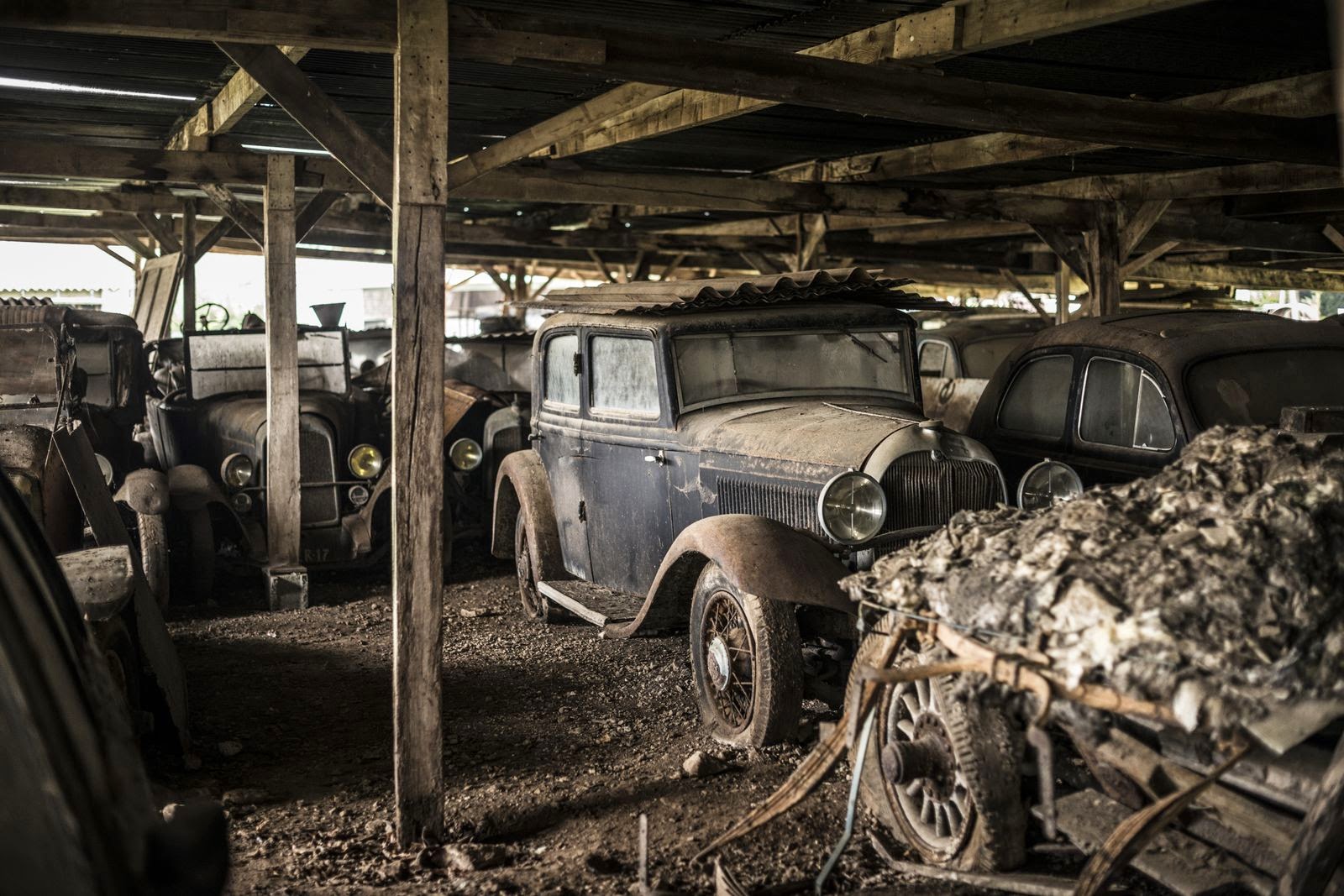 Despite appearances Artcurial say that a large number of the 60 cars discovered are of savable value. Two cars however, that Mr Baillon himself obviously liked over the rest given that he put them in a proper locked garage, are deemed to be of extreme value. A 1961 Ferrari 250 SWB California Spider one of only 37 made and presumed lost is estimated to make anywhere between 9.5 and 12 million Euros when it hits the auction blocks. While next to it in the same garage was a one of 3 ever made 1956 Maserati A6G Gran Sport Frua's, it is expected to fetch 800,000 to 1.2 million Euros.

The collection goes on sale at the Retromobile Salon on the 6th of February in Paris, pictures and details of every car will be released closer to the sale date and I for one will be very keen to see what was lurking in those sheds. Meanwhile here's a very atmospheric video of the cars still in situ.

Full press release here featuring comments from the very excited men that stumbled across the collection.

Photos: Artcurial
Posted by Bruce at 15:03